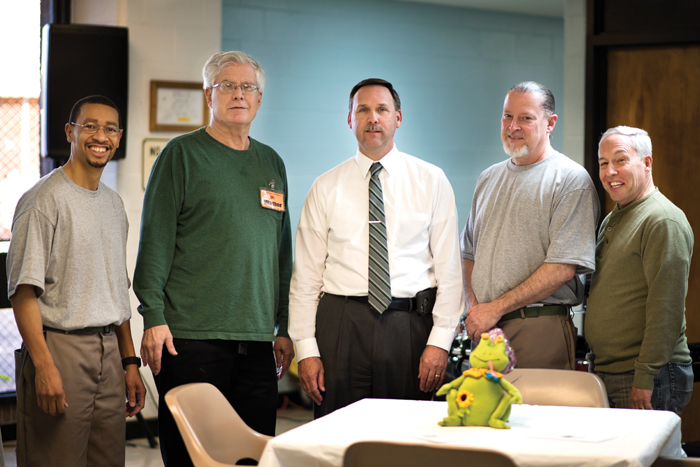 SALISBURY — Over 30 years ago, Eric Beaver attended a prayer breakfast where a Yokefellow volunteer spoke about the interdenominational, interracial Christian ministry.

He walked away a volunteer.

Beaver meets once a week at Piedmont Correctional Institution, located on Camp Road at South Main Street,  colloquially known as the high rise and low rise, respectively. He and about 50 volunteers meet with prisoners on a rotating basis.

Yokefellow Prison Ministry of N.C. Inc. is part of an international organization that was begun in 1969. It includes both lay leaders and clergy members, men and women.

Yokefellow isn’t focused on preaching or Bible study, but is a ministry in which trained volunteers like Beaver listen, share experiences, encourage and support men and women who are incarcerated through weekly small-group meetings.

“There are Bibles there if there is a question, but primarily we want to listen to hear what their concerns are,” Beaver said.

There are typically eight prisoners at a table and one person leading the discussion. In addition to Yokefellow volunteers, the chaplain and his staff also sit in on the meetings.

Regardless of a prisoner’s religious affiliation or lack thereof, Beaver said no one is excluded.

Since the prison is a processing center for other parts of the state, Beaver said volunteers may only talk to prisoners once.

“We look at ministry as planting a seed or watering a seed,” he said.

Beaver said what volunteers have found is that most prisoners have problems with addiction.

“Our main topic is you have to change your environment. We try to work with them on their problems. Sometimes they tell us what their stumbling blocks are,” Beaver said.

He has lasted this long because he feels this is the ministry he’s best suited for and one that he’s most comfortable with, Beaver said.

Anyone who wants to serve a ministry locally can do so through Yokefellow. He said the organization is always looking for a diverse group of volunteers.

“People say they want to do ministry but can’t travel abroad. This is a close ministry, something we can all do. One of the ministries that Christ directly referenced in the Sermon on the Mount is to go in and see the prisons,” Beaver said.

The question he’s most often asked is, “What kind of people are in prison?”

“I say, ‘The same people you meet outside,'” Beaver said.

He said he’s never a problem with an inmate, and the group has a great working relationship with prison officials.