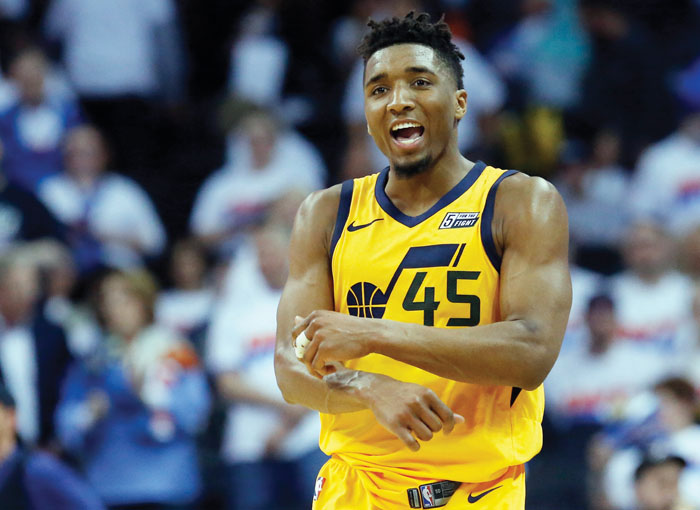 CLEVELAND (AP) — LeBron James scored 46 points and added 12 rebounds as the Cleveland Cavaliers bounced back from a poor performance in the opener by holding off the Indiana Pacers 100-97 on Wednesday night to even their Eastern Conference series at one game apiece.

Dazzling from the start, James scored the game’s first 16 points and had 29 at halftime, dominating the way he has in so many previous postseasons. But in a season in which nothing has been easy for the Cavs, Cleveland was lucky that Indiana’s Victor Oladipo missed a wide-open 3-pointer that would have tied it with 27 seconds left.

Kevin Love scored 15, but Cleveland’s All-Star center injured his left hand, the same one he broke earlier this season, with 3:43 left. Love’s status could affect the remainder of this series — and perhaps Cleveland’s season.

Oladipo scored 22 — he was in early foul trouble — and Myles Turner 18 for the Pacers, who shocked the Cavs with an overpowering win in Game 1.

Game 3 is Friday night in Indianapolis.

OKLAHOMA CITY (AP) — Rookie Donovan Mitchell scored 13 of his 28 points in the fourth quarter to help the Utah Jazz defeat the Oklahoma City Thunder and tie their Western Conference playoff series at one win game apiece.

Derrick Favors had career playoff bests of 20 points and 16 rebounds for the Jazz, and Ricky Rubio had 22 points, nine assists and seven rebounds in the first playoff win of his seven-year career.

Russell Westbrook had 19 points, 13 assists and nine rebounds for the Thunder. Paul George, who scored 36 points in Game 1, finished with 18 on 6-for-21 shooting. Carmelo Anthony scored 17 points, but made just six of 18 shots.

Utah outrebounded Oklahoma City 56-46 to take home-court advantage from the Thunder. Oklahoma City had two chances in the final minute to trim Utah’s lead with the Jazz leading 99-95, but Anthony missed 3-pointers on back-to-back possessions.

Game 3 will be Saturday in Utah.