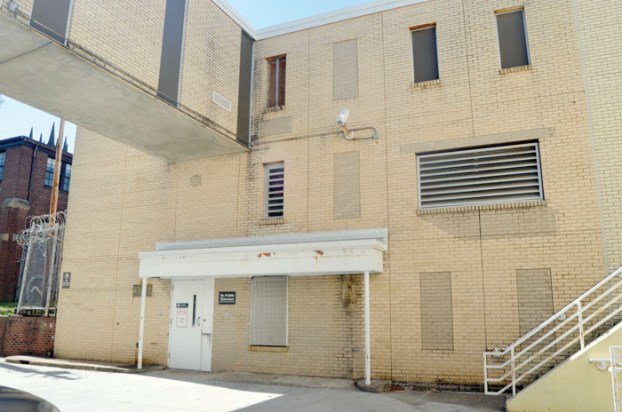 Rowan sheriff: How an inmate was able to escape the county jail

SALISBURY — The burning question for many people this weekend was how an inmate charged with murder was able to escape from the second floor of the Rowan County Detention Center.

About 9:30 p.m. Saturday, Timothy Clarence Smith Jr., 32, repeatedly kicked at a window in his jail cell until the frame, including the brick encasing the window, ripped from the wall. He then tied several bed sheets together and shimmied three stories to the ground below.

Smith ran on foot until a woman gave him a ride. He made it to Matika Villa, off Gaskey Road, not far from Airport Road. The Rowan County Sheriff’s Office, as well as the Salisbury Police Department, pursued Smith for a few hours. After a foot chase, he was captured by sheriff’s deputies just before midnight.

He was sentenced to life in prison without parole at a court hearing.

Rowan County authorities said that in June 2016, Timothy Smith, who is not related to the victim, and his then-girlfriend, Stephanie Dawn Hall, beat and strangled Amanda Smith. They set her body on fire and dumped it along Leonard Road, then returned to her home and burned it.

Timothy Smith was in a segregated housing unit similar to solitary confinement. He was known as a noisy inmate who had yelled and banged on his door. It wasn’t unusual that he was making noise Saturday night, Auten said.

Inmates usually get one bed sheet and then exchange it for a clean one on laundry day. But somehow, Smith had more than one sheet.

“We prefer them not to have numerous sheets,” Auten said.

Each cellblock has routine checks every 15 to 30 minutes. When an officer checked Smith’s cell Saturday night, he didn’t answer.

In fact, another inmate whose cell was beside Smith’s tried to answer for him, Auten said.

Auten said Smith was able to get out because the structural integrity of the window failed.

The unit Smith was housed in is an older part of the jail. The only thing holding the window together were two rusty screws, Auten said.

Auten said he’s heard the argument that inmates don’t need windows. He said the jail has to provide inmates some way to “tell if it’s day or night.”

The type of window in the cell was a louver window that had metal slats on the outside. Surveillance video outside the jail shows Smith in the shadows running away.

Auten said Smith did not know the woman who picked him up. Smith would have been in a jail jumpsuit, but it’s not clear if he was wearing shoes. Flip-flops were found in his cell, but Auten said some inmates buy another pair from the detention center canteen.

At some point, Smith changed clothes. He stole a cellphone from a couple and made multiple phone calls.

“He was trying to get him a ride,” Auten said.

Authorities found Smith based on information they received and by other means.

He did say Smith was pretty cooperative after his arrest.

Auten said what his office has learned from the ordeal is that it needs to beable to provide a source of outside light for inmates and to make sure the jail is more secure.

He said there also needs to be more planning and coordination with the Police Department.

“We saw some things we want to do differently,” Auten said.

Crews are already working on the window. It is boarded up, and no inmates are housed in that cell.

Auten said he believed the last inmate escape from the detention center was in 1987.

Rowan Public Library SALISBURY – Have you ever looked up at the night sky and wondered what’s out there? Watched... read more