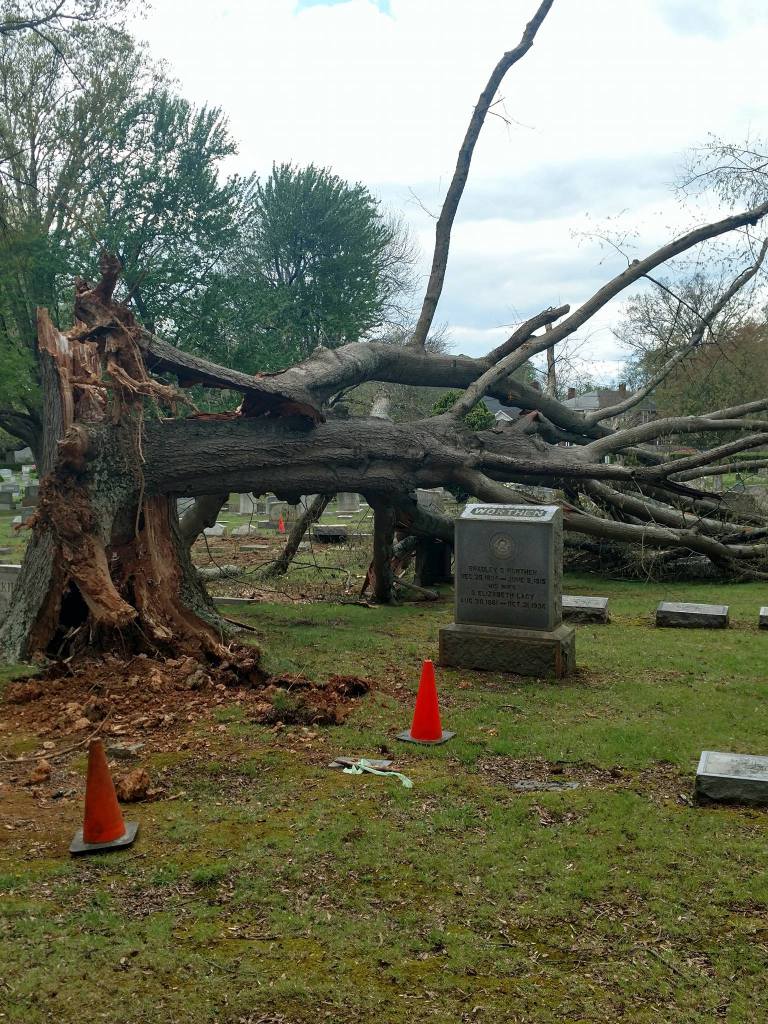 An oak estimated to be at least 100 years old was felled by wind in Chestnut Hill Cemetery on Saturday. Photo submitted by Magen Stewart

SALISBURY — Mother Nature started a job Saturday that the city of Salisbury will now complete — removal from Chestnut Hill Cemetery of a stately oak believed to be more than 100 years old.

About 9:30 a.m. Saturday, a 911 official called the city to report the tree had fallen, according to Linda McElroy, the city’s communications director. Strong winds had apparently blown it over.

The tree knocked down several headstones, though city officials say none appear to be broken.

On Monday, city crews began removing the tree’s limbs. Yarbrough Tree Services is slated to take care of the rest of the oak today.

The oak was already on a list for removal after July 1 because a large split in its trunk revealed that the tree was hollow inside, McElroy said.

McElroy said cemetery manager Linda Davis took pictures of the fallen tree and the headstones that were knocked over. The extent of damage won’t be known until the tree it removed.

Davis will have Salisbury Marble estimate what it will take to reset the headstones.