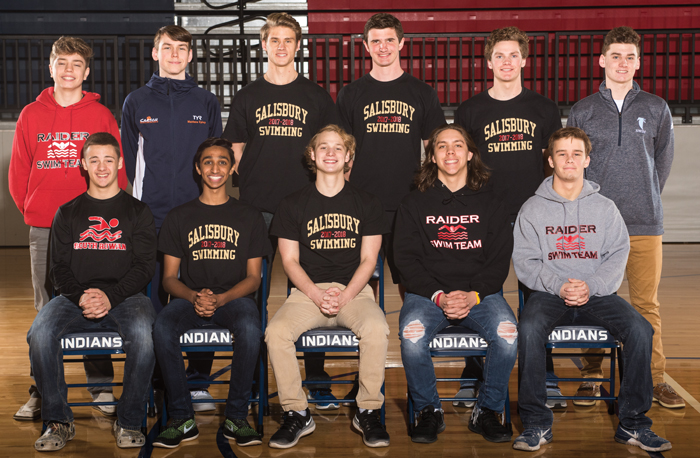 SALISBURY —  Make it four for Knorr.

Salisbury senior Ethan Knorr made picking a Rowan County Swimmer of the Year a piece of cake for four years. He eliminated all the drama.

He’ll be missed. None of his awards have been remotely disputed or contested. It’s been Knorr — and everyone else — for a while now in the county, although he’s managed to keep his head from swelling even after a recent run of podium visits with the Greensboro Community YMCA Makos during the YMCA Nationals.

Knorr won the 200 IM in the 1A/2A State Championship at the Triangle Aquatic Center in Cary, placed second in the 500 freestyle and keyed third and fifth-place finishes by Hornet relay teams. Salisbury took 10th-place behind a wave of prep and charter schools. As far as traditional public schools, only two finished ahead of the Hornets.

“We’ve got a small team, but we’ve got great kids,” Knorr said. “The relays definitely were the most exciting thing about this season. We dropped so much time, just unheard of time, to get to where we were in the state. There was a lot of team spirit that went into those relays.”

Knorr, who signed with East Carolina after picking the Pirates over Alabama and Georgia Tech, is a gifted swimmer, but he also puts in the 15 hours of practice per week required to excel. He’s like that basketball kid who is the most talented one on the team, but is also the first to arrive at the gym and the last to leave.

“He’s a hard-working individual with the drive to reach his level of talent,” Salisbury coach Ryan Starrett said. “And he’s managed to be a great teammate in a sport that is very individual based.”

Knorr is outstanding in the longer events. The longer the race, the stronger he gets.

In Knorr’s farewell tour of the Rowan County Championships at the Hurley YMCA, he turned in a triumphant, perfect day. He won his two individual events (200 IM and 500 free) and swam on two winning relays. In all four events in which he participated, the meet record was broken. That says it all with regard to his legacy.

Knorr is part of a large aquatic family parented by Jamie and Dr. Eric Knorr. He’s the third of five children. His sisters, Emily and Katie, made a major impact as Salisbury freshmen this season.

Now Knorr heads to ECU, where he plans a major in the chemistry/science field.

“He’ll thrive in college in a program built to help him achieve his potential,” Starrett said. “I’ve seen a lot of kids go to college and then start turning out some phenomenal times.”

Starrett is the Post’s Coach of the Year after leading the Hornets to their second straight county championship and a runner-up finish in the 10-team Central Carolina Conference.

The only question now is who rises to the top in Rowan boys swimming next season.

South Rowan has a strong junior class led by Blaise Bumgarner and Cameron Hurd. Both won individual events in the Rowan County Championships.

Carson will have a returning county champ in Matthew Epley.

The criteria for All-Rowan County swimming is swimming on a relay winner in the Rowan County Championships or placing first or second in an individual event.