Spring storm spawns tornado that kills 1 in Greensboro, then dumps heavy snow in the Midwest 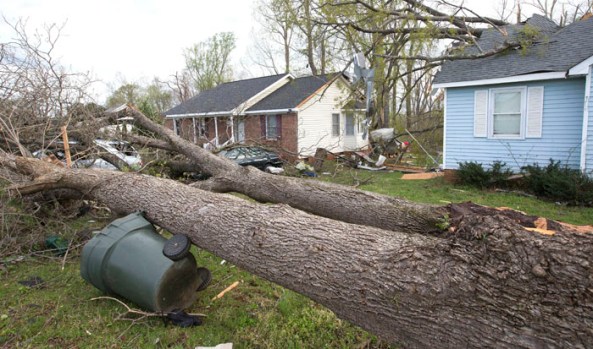 Damaged houses on Nealtown Road sit near fallen trees the day after a tornado devastated the eastern portion of the city Monday, April 16, 2018, in Greensboro, N.C. (Joseph Rodriguez/News & Record via AP)

Men walk amid damage on Phillips Avenue the day after a tornado hit, leaving devastation throughout the eastern portion of the city Monday, April 16, 2018, in Greensboro, N.C. (Joseph Rodriguez/News & Record via AP) 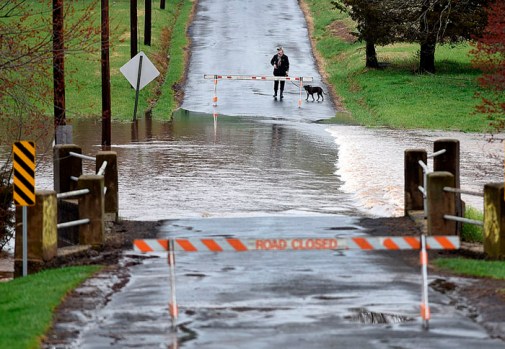 Rickerts Rd in Doylestown Township, Pa., was closed to traffic on Monday, April 16, 2018 due to the water overflowing from the creek after two days of rain in the area. (Art Gentile/Bucks County Courier Times via AP) 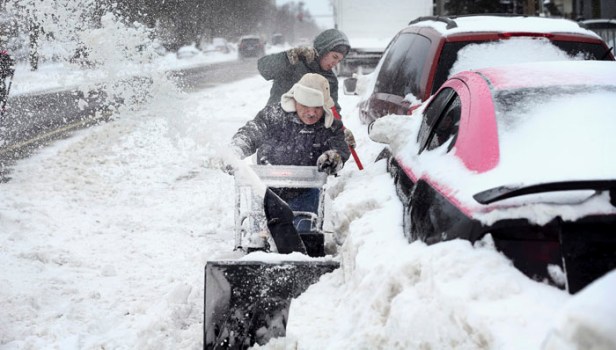 CHARLOTTE — Greensboro was cleaning up the damage Monday from a deadly tornado spawned from the same vast storm system that pushed across the U.S. and ended with drenching rains in the Northeast and heavy snow in Minnesota.

The National Weather Service in Raleigh confirmed that a tornado with 135-mph winds rumbled through Greensboro on Sunday, leaving thousands without power and canceling classes in the local school system. One person was killed in the North Carolina storm, in addition to three others who died in other parts of the country.

Some roads were blocked by downed trees and power lines, and traffic lights were either knocked down or destroyed. City Manager Jim Westmoreland said at least 20 homes and businesses were destroyed in the storm.

Westmoreland said an emergency evacuation center was opened to help people who were displaced.

“This is a significant event,” Westmoreland said. “It’s going to take us a while to get things back in a state of good repair and order.”

Guilford County Schools Superintendent Sharon Contreras told news reporters that classes would be canceled Tuesday because of the storm. Three schools were damaged so severely that they won’t reopen this year and their students are being relocated to other schools. In all, Contreras said, 16 schools are without electricity.

Contreras said alternate locations will be set up for students who depend on the schools for their meals.

“Thank God school was not in session when this storm hit because you could see the devastated classrooms. We have to be grateful for that,” Gov. Roy Cooper said.

Cooper said more than 33,000 people were without power early Monday afternoon, with 21,000 in Guilford County.

To the north, Boston Marathon contestants ran in a drenching rain with temperatures in the mid-30s and wind gusts above 30 mph. Runners weren’t the only ones suffering.

“I was only spectating and it was awful,” said Tracy Morgan Stuart of Raleigh, North Carolina, who was at the race to cheer on friends. “Lots of people were going into the medical tent. I felt so sorry for all those poor runners.”

Days of snow in the upper Midwest closed roads and airports.

The Midwestern wing of the storm left winter-like conditions that glazed roads with ice and led a company to shut down twin oil and gas pipelines in Michigan that may have been damaged by ship’s anchor.

The Weather Service said the 14.9 inches at Minneapolis airport from Friday through Sunday set a record for the largest April snowstorm ever there. In South Dakota, Sioux Falls set records for a single day in April at 13.7 inches Saturday and a record April total of 24.9 inches.