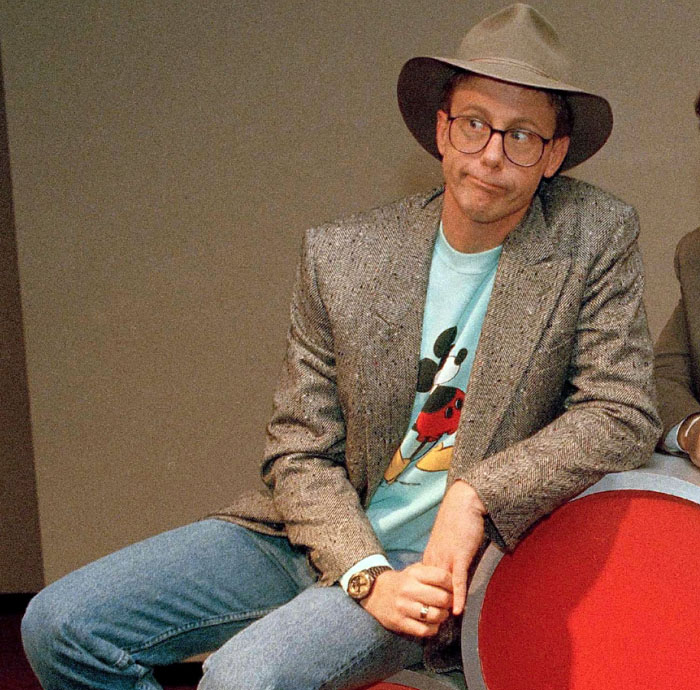 ASHEVILLE — Harry Anderson, the actor best known for playing an off-the-wall judge working the night shift of a Manhattan courtroom in the television comedy series “Night Court,” was found dead in his Asheville home Monday.

A statement from the Asheville Police Department said officers responded to a call from Anderson’s home early Monday and found him dead. The statement said foul play is not suspected.

He also starred in the series “Dave’s World” and appeared on “Cheers” as con man Harry ‘The Hat’ Gittes.

Anderson prided himself on being a magician as well as actor.

“I got into magic when I was a child,” he told The Associated Press in 1987. “Unlike most kids, I stayed with it. My high school teachers were always asking me what I was going to do. It made me what I am today — available for weekend employment, parties and bar mitzvahs.”

Anderson was born in Newport, Rhode Island, on Oct. 14, 1952. He grew up in New York and moved to Oregon when he was a teenager and said that’s where he became a hippie.

“The Shakespeare Festival at Ashland, Oregon, seemed like a good place to open a magic store,” he said. “At 18, I was ready for retirement. It didn’t last long, but I was established as a magician. I worked the streets in San Francisco and I did magic and special effects at the festival.”

Anderson learned the ropes as a street performer in San Francisco, New Orleans, and Austin, Texas, among other cities. When he made his first appearance on “Saturday Night Live,” he was right off the street.

“‘Cheers’ was my first acting job, but it was basically the character I had developed on the street,” he said. “That’s now I made my living, hustling drinks in bars and quarters on the street.”

“Night Court” ran on NBC from 1984 until 1992, and Anderson received three lead comedy actor Emmy nominations for his role. After the show ended, he was cast in the lead role in the CBS sitcom “Dave’s World,” which was based on the life of Pulitzer Prize-winning humor columnist Dave Barry. That series ran from 1993 until 1997.

A People magazine story in 2002 said Anderson disappeared from Hollywood and resurfaced as the owner of a New Orleans magic shop.

“I am richer than Davy Crockett,” Anderson said in the story. “I can settle back and do what I want to do. And what I want to do is card tricks and magic.’ That includes magic shows for corporate clients (“Fifty-five minutes with applause,” says Anderson) at $20,000 a pop.”

According to the story, Anderson was disenchanted by the prospect of chasing acting roles into middle age. “I don’t understand why guys have that Don Knotts syndrome of having to be out there.” He sold his home in Pasadena, California, and moved back to New Orleans, where he had lived in the 1970s.

After the devastation of Hurricane Katrina, he moved to Asheville.

Anderson had two children in his first marriage to Leslie Pollack. His second wife, Elizabeth Morgan, is among his survivors. There was no immediate word on funeral arrangements Monday night.