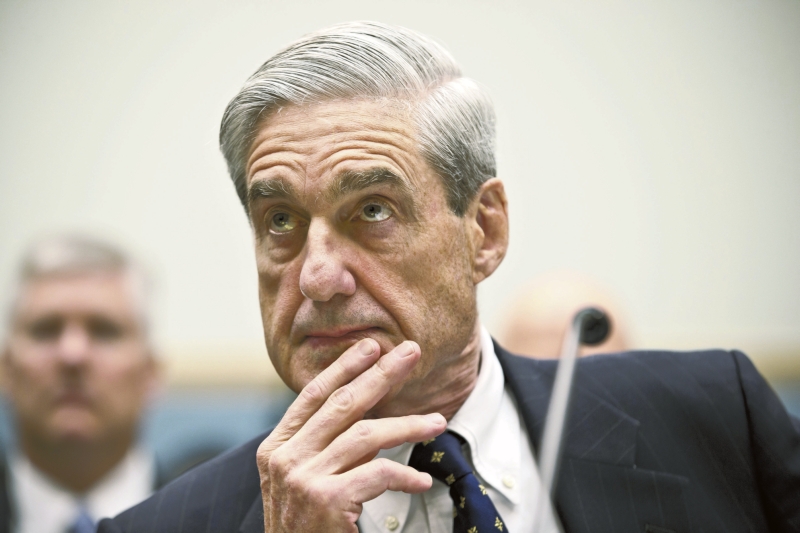 I believe in the rule of law, regardless of who occupies the White House or which party leads the Justice Department. That is why in August I introduced a bill to create a judicial-review process to prevent the removal of a special counsel without good cause.

Over the past several months, Sen. Christopher A. Coons (D-Del.) and I have been working with Sens. Lindsey O. Graham (R-S.C.) and Cory Booker (D-N.J.), who introduced a similar bill, to reconcile the differences between the two proposals. This week, we introduced the compromise, the Special Counsel Independence and Integrity Act.

Last May, when the Justice Department named former FBI director Robert S. Mueller III as special counsel , virtually all lawmakers — Republicans and Democrats alike — praised the choice. Mueller has had a distinguished career in law enforcement and public service, and he has a well-earned reputation for impartiality. I have confidence that he will follow the facts, wherever they may lead. I also have confidence that he is leading the investigation without bias toward either side of the political spectrum.

Letting his investigation run its course is in the best interest of the country, and it is the only option to ensure that the American people have trust in the process. This is critically important because it means when the investigation concludes, our country can move forward together. Our bill will help ensure that happens.

I have received a good deal of criticism from some on the right for introducing special-counsel legislation, with the common refrain being that it is harmful to President Trump.

It isn’t, for two main reasons.

First, if the president actually removes the special counsel without good cause, it would likely result in swift, bipartisan backlash and shake the country’s faith in the integrity of our legal system. Talking heads and pundits on television encouraging the president to make such a drastic and counterproductive move most certainly do not have his best interests at heart. The result would not be good for the American people, the Republican Party or the president.

Second, the constant headlines and rumors that Trump is considering or has considered removing Mueller — “fake news” or not — are a distraction from the president’s agenda and successful policy initiatives. While the president is understandably frustrated with the investigation, I don’t believe he would ultimately remove Mueller, and the White House and the president’s legal team have indicated that he does not intend to do so. This bill becoming law would remove that narrative from the conversation.

As our bill advances, I hope congressional Democrats, particularly on the House side, will not react by sending fundraising emails or by running to the closest camera to shamelessly use this bipartisan bill — the result of compromise on both sides — to attack Republicans and advance a partisan agenda. They would be intentionally distorting the spirit and intent of the bill to raise campaign cash and score political points heading into November’s midterm elections.

Shame on them if they do so, because they risk harming any chance of the bill becoming law. In fact, such tactics would raise the question of whether that was their intention in the first place, as the bill becoming law could take a political issue off the table for the midterms.

If Democrats do proceed this way, I would not blame my Republican colleagues — the vast majority of whom support the Mueller investigation proceeding without interference — from declining to reward such partisan behavior.

Political grandstanding requires no courage — independence and compromise do. The focus needs to be on achieving a legislative outcome, not a talking point. There are Senate Republicans who want to get to “yes,” and can get there, especially because the bill will be subject to an amendment process in the Senate Judiciary Committee, where the bill can be improved. Democrats who support the bill for the right reasons and want a result will be working hand-in-hand with Republicans to build consensus and get us closer to 60 votes.