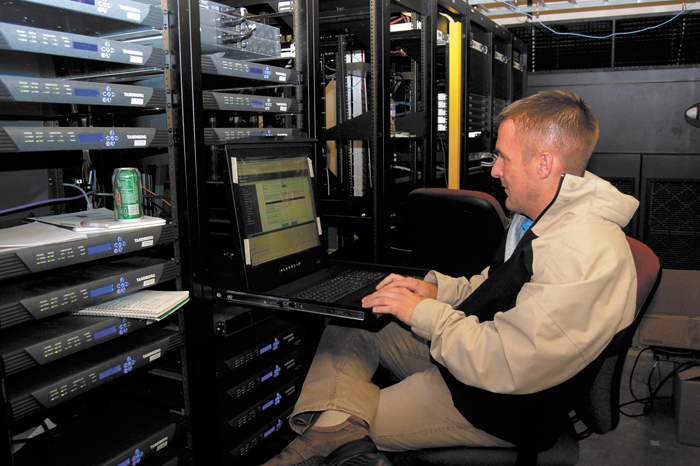 Technician David Pullen in 2011 works in the headend, the master facility for receiving, processing and distributing television signals over Fibrant. Emily Ford/Salisbury Post

Shortly before moving to Salisbury from San Diego two years ago, I retired from a 40-year career mostly in the technical world. Those technologies included telecommunications, computer network infrastructure, data center design and construction, and fiber optic systems. Among the many attractions of Salisbury was the availability of a robust and dependable high-speed network. My wife is a graphic designer who requires high-speed service, so she and I subscribed to Fibrant, and, after experiencing service from several of the big-name firms over the years, we are very happy with the decision.

Although I would never have preferred a city-provided solution over one developed by the private sector, that decision was made years ago.

After reading the series published by the Post detailing the history of the Fibrant system and the problems the City has experienced, I have found very interesting the solutions the city manager and council have been pursuing.

Hotwire is a well-known and respected provider with economies of scale the city could never approach. The optical cable, which will remain owned by the city, will last for years, but the hardware — computers and software — will need replacement in a few year, costing millions. These will be Hotwire’s responsibility. Marketing the service, which has been woefully inadequate, will be taken over by Hotwire. I am confident market share will expand dramatically. The City will have a major system provider to help lobby Raleigh to be able to expand into areas of the county.

It is obvious that the opportunity to lease the system to Hotwire is the best way for the city to reduce and eventually eliminate its system costs and convert Fibrant to the income producer it should be.

I intend to vote to support the lease agreement with Hotwire. I hope my fellow citizens will join me.