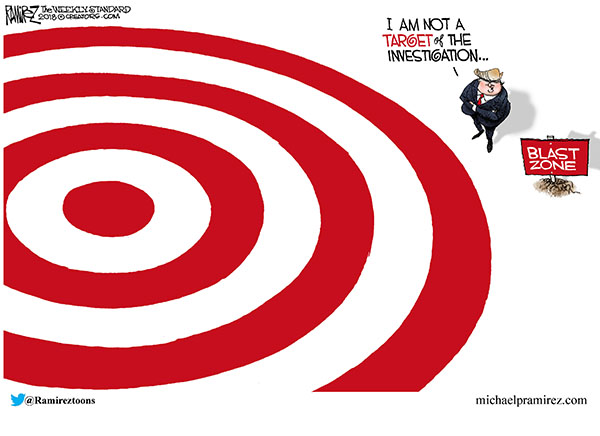 “The right of the people to be secure in their persons, houses, papers, and effects, against unreasonable searches and seizures, shall not be violated, and no warrants shall issue, but upon probable cause, supported by oath or affirmation, and particularly describing the place to be searched, and the persons or things to be seized.”

— Fourth Amendment to the U.S. Constitution

No one ever accused Harvard Professor Alan Dershowitz of being a conservative, but Dershowitz is a rare breed these days; someone who applies the Constitution and the law to everyone, regardless of their political leanings.

In the matter of the FBI raid on the law office of President Trump’s attorney, Michael Cohen, Dershowitz has said: “(It is) a dangerous day for lawyer-client relations.”

Raising the issue of double standards when it comes to investigations into the behavior of Republicans vs. Democrats, Dershowitz said on Fox News and other media outlets: “If this were Hillary Clinton (having her lawyer’s office raided), the ACLU would be on every TV station in America jumping up and down. The deafening silence of the ACLU and civil libertarians about the intrusion into the lawyer-client confidentiality is really appalling.”

Being appalled isn’t what it used to be in the face of government intrusions through wiretaps and the exposure of personal data in many social media accounts, most notably Facebook.

What President Trump’s lawyers should do is demand that a judge require all of the documents and items seized in the raid be turned over to a court for examination as to which are relevant to an investigation and which violate attorney-client privilege.

On Monday, when asked by a reporter if he intends to fire Special Counsel Robert Mueller, who’s currently spearheading the FBI’s investigation into possible Russian collusion in the 2016 presidential election, Trump responded, “We’ll see what happens.” He again criticized Attorney General Jeff Sessions for recusing himself from the investigation.

Sessions’ recusal led us to Rod Rosenstein, the deputy attorney general, who personally approved the FBI’s raid. Rosenstein then named former FBI director Robert Mueller to the investigatory team, a team that reportedly includes three members who have donated to Democratic presidential campaigns. Does this smack of partisan politics? It certainly smacks of partisan overreach.

The point about individual rights, including the right to privacy, is that they must be equally applied. You can’t deny those rights when it suits your political goals and apply those same rights when they don’t. If the government can sweep up every document in Michael Cohen’s possession, whether they are relevant to an investigation or not, simply because they have it in for those on the right, we are all potentially in jeopardy.

The president has the right to dismiss Mueller for exceeding his original mandate. The question, however, is not whether he has the right, but what the political cost would be.

Just as Dershowitz noted the silence from the left and the ACLU, to which I will add major newspaper editorials and Democratic politicians, is deafening. You don’t have to be a psychic to know they would all express outrage if Mueller was fired.

With so much riding on the mid-term elections, including possible articles of impeachment against the president should Democrats win a House majority, whether to fire Mueller is a huge decision for the president and his lawyers to make, a decision with serious political consequences.

Of even greater importance than the fate of one president is the future of individual citizens and their right to be protected from an increasingly intrusive federal government.

Clyde: Time was: Deadlines meant what they said