CHINA GROVE — Carson’s baseball team won again on Saturday, beating Cox Mill, 6-0, in a non-conference play. It was the seventh shutout of the season for Carson’s pitching staff.

Carson (15-4) got five shutout innings from winner Cameron Prugh. He struck out seven.

Sollie Holshouser and Cole Hales finished off the shutout with an inning   of work apiece.

Carson scored on an error for a 1-0 lead in the second. Clayton Gilmore doubled, moved up a base on Brycen Holshouser’s bunt and scored on Prugh’s sac fly for a 2-0 lead in the third.

Brycen Holshouser smacked a three-run homer in the fourth to give the Cougars a comfortable lead.

In an 11-6 loss to Kings Mountain, Antonio Knight, Dylan Shubert and Brady Hathcock had two hits each. Colby Teal had two RBIs.

In a 19-1 romp against North Rowan, Caleb Beaver went 3-for-3 and Austin Lowery had three RBIs.

Justin Rodgers and Cord Butler had two hits each.

Ryan O’Kelly was the winning pitcher.

Katie Jewell homered for the Cougars (9-6)  and had two of her team’s four hits.

Mars Hill’s Matt Honeycutt (South Rowan) went 7-for-8 with his 14th homer in a weekend series with Anderson.

She made two birdies. 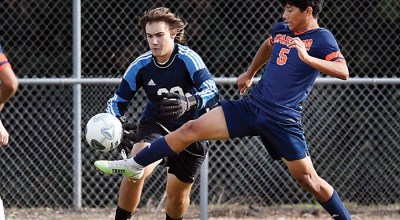