Two Republicans campaign for the 83rd District in the N.C. House 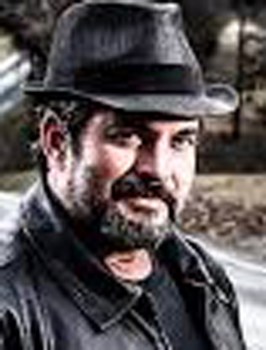 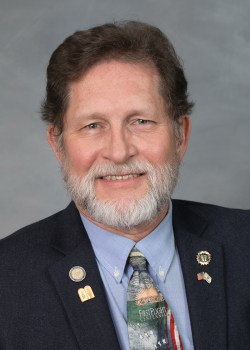 New on the ballot in Rowan County this election year is the race for the 83rd District in North Carolina’s House of Representatives.

Ford is now running for a seat in the state Senate. Pittman is facing a newcomer to public office in the May primary, Michael Anderson.

The Post spoke with both candidates about their priorities.

Anderson, who grew up in Harrisburg and now lives in Concord, calls himself “one of the few natives” of Cabarrus County.

“We’re like Sasquatch: we’re easily scared and rarely seen,” he said with a laugh.

Rarely seen for most, perhaps, but the descriptor hardly suits Anderson. In the past 10 years, he’s amassed a social media following of more than 130,000 through his photography.

He garnered enough success that he was able to leave his 20-year career in sales and marketing to open his own photography business.

“Photography has given me opportunities and benefits I never dreamed of,” he said, comparing his life now to a childhood full of struggle. He was adopted at birth, lost his adoptive parents at a young age and grew up poor.

Now, he’s using his photography to give back, taking on jobs throughout the community for free.

But he wants to do more.

“I’m not a politician,” he said, “I’m just a guy in this community that cares and wants to do right. I don’t think our representative here is a positive role model or influence in Raleigh. He doesn’t represent the whole.”

Anderson said he’s running to not only be that representation but to address a list of issues he sees across the district and statewide: underfunded schools, a lack of mental health funding, unaffordable health care, crumbling infrastructure and more.

“We need more tax incentives to help small businesses create stuff,” he said. “We need more funding for the arts.”

Anderson said that although he is focused on these and other issues, as a representative he would work to identify and meet the needs of all.

“I will never be the smartest person in the room. Never,” he said. “But I will talk and listen and work with other people whether I agree with them or not to get a good solution to a problem.”

Pittman was appointed to the House of Representatives from the 82nd District in October 2011 after Rep. Jeff Barnhart resigned.

He has served continuously since but says he has no intention to run for more than five full terms.

“I originally ran because I got tired of seeing the rights and concerns of the average taxpaying citizen overlooked or violated in favor or special interests,” he said. “I am still committed to standing up for the rights of our citizens and to upholding our state and U.S. constitutions.”

Pittman said he sees great need both statewide and in the district to get government out of the way of business. He said there are needs for better education opportunities for children, better pay for law enforcement officers and better mental health care.

“One of the biggest mistakes made across this nation some years ago is the move away from institutional services for the mentally ill,” said Pittman. “… This trend needs to be reversed.”

If re-elected, Pittman said he will continue to work on issues involving the individual rights. This includes property rights, parental rights, freedom of religious expression, the right to free and secure elections, public safety, and the right to keep and bear arms, he said.

Pittman asked that voters look at his record in Raleigh when considering for whom to vote.

He cited his work on Sheyenne’s Law, which made it a felony to kill or seriously injure someone by impaired boating, and legislative actions meant to “enhance gun rights for concealed-carry permit holders.”

“I am always rated as one of the top few conservatives in the House,” he said. “… I have shown myself to be a diligent and effective public servant representing the 82nd District, and I would appreciate the voters allowing me to continue to render such service in the 83rd District next term.”