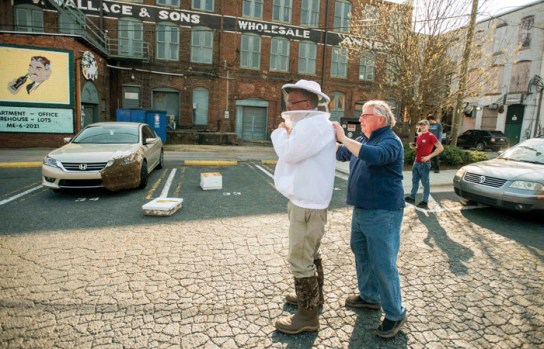 Michael Young, right, helps Ted Goins with his protection jacket and hood as he prepares to collect a swarm of honeybees from Don Vick's Honda Accord in downtown Salisbury. Jon C. Lakey/Salisbury Post 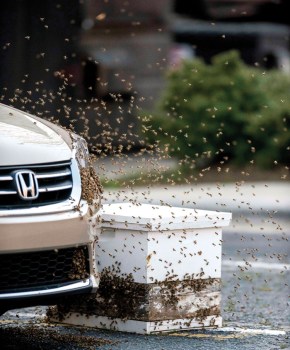 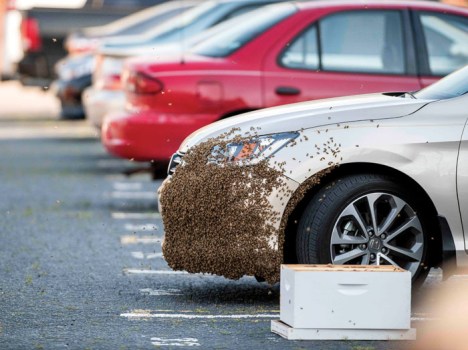 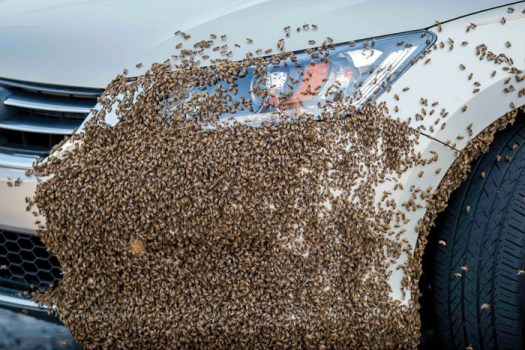 SALISBURY — A downtown parking lot was a spectacle for many shop owners, workers and passers-by on Thursday afternoon as a swarm of honeybees decided to congregate on the nose of Don Vick’s Honda Accord.

Beekeeper Ted Goins, who lives downtown, was called to make an attempt to capture the queen and collect the bees in a brood box with hopes of relocating the hive later in the evening.

Some spectators had their cellphones out to capture the unusual scene.