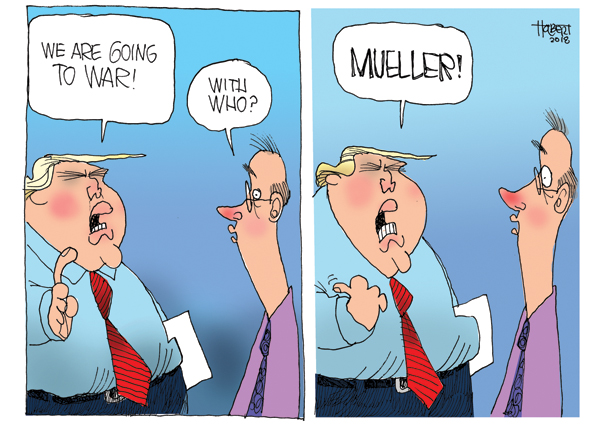 … Will the Reesa Trexler murder be solved?

Seems very hard to believe a scrawny 13-year-old could break off a knife handle stabbing a person in the shoulder, let alone her own sister. Many sisters fight and have disagreements, say “I hate you,” etc. This sounds like a small-town witch hunt to me.

As for her reaction, she was probably in shock from seeing her sister dead on the floor. I worked in trauma and some family members could not scream/cry due to shock. She was only 13.

When will this town give this woman the apology she deserves? If I was Jodie (Trexler Laird), I would be suing … for slander.

She was totally vindicated today. The lie detector test proved that she isn’t guilty.

The killer obviously knew Reesa and knew where she lived. He may have been a secret boyfriend who may have raped her, then killed her. It sure wasn’t Jodie.

It’s obvious the sister didn’t do it. They never said she ever had blood on her. If it was as bad as they said the room was, she would have been covered. … So glad the sister took the polygraph, so people in Salisbury will hush.

For those who wonder how so many innocent people end up in prison, sadly, these two women are examples of too many Americans today. No evidence needed to destroy a person’s life. They depend on their gut “feelings.” Shameful. …

Every one of you that has spent all these years passing judgment — first on a 13-year-old child and now a grown woman — needs to spend some time in church.

I question if Jodi’s “haters” aren’t covering for the real killer.

P.S. I’m a Salisbury native, with strong beliefs. I never thought nor believed she was guilty. Go, Jodie.

This poor woman has never had a moment to grieve the loss of her only sister for 34 years. … I hope Jodie can hold her head up high and heal.

These townspeople are like characters you would find in “The Scarlet Letter.” They are the ones that are evil. Their wicked ideas of Jodie Trexler have been passed down to the next generation. Jodie’s own daughter is going through what her mother went through. When will it end? The Police Department needs to DNA test Reesa’s remains and evidence.

Has any psychic/medium work been done on this case?

It was obvious to an objective person with discernment long before the lie detector results that Jodie is innocent. FBI profiling at the time said an 18-24 year old male. Publicized crime scene details imply a crime of sexual passion by someone who knew her and was either rejected or spurned. The teenage boys and the ex-boyfriend should be closely looked at and investigations should proceed outward from there. He’s either still killing, dead or in prison today.

… Accusers are placing displaced fear on Jodie in an attempt to give them some sense of control in a world where there is little. Laura’s dream said it best: Look elsewhere for Reesa’s killer — she and Jodie loved each other.

Only God knows what happened that day. Spreading rumors and wrecking someone’s life is the devil’s work.

… If you want the truth and justice for your friend you need to stop focusing on your own opinions and biases. I hope you get your answers.

Back in the fall, Jodie attempted to contact me through her mom. She conveyed the message that she thought I was accusing her of murdering Reesa. I had absolutely no idea why she was doing that.

I recently found out it was over a post made on Facebook, which was not in reference to her. Her name was never even mentioned in my post.

Over the years, I’ve squashed rumors, taken up for that family and continued to love Reesa. So, to the individual who posted that the last 34 years have been a witch hunt, not on my part.

My statement is that, “I felt like the individuals that were with Reesa the afternoon of her murder, knew something.” And by that, I meant any of them.

If part of my interview hadn’t been edited from yesterday’s show, you would’ve heard that.

Like I’ve said before, I didn’t remove this 34-year-old scab. But I’ve been catapulted right into the middle.

So, to the individual that states nothing is good enough for me, thank you. You are correct. Nothing is going to be good enough for any of us until the truth comes out. I’m only the voice to a very large number of people that want the truth. People are wanting answers.

So, who is it that’s on a witch hunt? And by the way, Laura apologized because she was scared and intimidated by all that was going on. There’s a reason God gave us two ears and one mouth. Too bad some are only interested in slinging accusations and not focusing on Reesa.

Dr. Phil’s staff most certainly did a great deal of research before he took the case. The man isn’t interested in looking like a fool.

… Even though Laura apologized, here is what she, Beth and everyone else yapping should have said to Jodie:

I am sorry you lost your sister and, instead of being supported, you were torn down.

You have the right to grieve as you see fit.

I’m sorry your life was turned upside down when you were a child.

You have nothing to prove.

We will help you find the killer.

And to Jodie, from me personally, I wish you peace and light.

… My Turn, Bill Retallick: How can VA draw line on impact of Camp Lejeune water?

Man’s inhumanity towards man! As a good friend and fellow Marine often reminds me, “We’re all just circling the drain.”

Exactly. No matter what, if you were there you’re entitled to benefits for any and all conditions caused by the water.

As you stated, how can the “experts” determine who was affected and to what degree? Each human body responds to its own accord. I am a total care patient in a nursing home, double amputee, ESRD (end stage renal disease) and limited hand use. I’m still waiting on an appeal decision on a claim filed in March 2013, after the law went into effect. Lejeune ’83 to ’85. Thank you, sir!

What about your spouses that were there that drank the same water, bathed in it and had children? … They are being left out. Does this order help them or is it the normal Marine order: If we wanted you to have a wife we would have issued you one?

I wholeheartedly agree that anyone who was there may be subject to the cellular changes that toxic water implies. Praise to those who continue to bring this great oppression to light. The question is, have enough funds been appropriated, or are the funds being misused? Certainly our great country does not ignore the suffering.

Pete Bogle deserves this award. Despite the naysayers the Downtown is moving along nicely. If you have not been supporting the downtown in the last two years you might want to give it a try. The restaurant scene is great with a good variety of choices, two award winning breweries. Many shops and stores that are doing well. Come take a look!.

… Rain or shine, 77 animals get their fur-ever homes

That’s wonderful to hear. So many sweet, cute, loving animals have to live at the shelter for too long. All they want is a family to love.

Sounds wonderful. However, I am concerned about adopting out unaltered animals. Afraid there will be puppies and kittens brought back to the shelter in a few months.

Our new family member from yesterday was taken straight to the vet, as soon as we left the event. He had his regular check up, heartworm test(negative), and is scheduled to be neutered within two weeks.

I know that on the adoption contract, you have to agree to have the animal spayed/neutered within a short amount of time. However, I am unsure how this would be enforced. As an advocate for rescues and also for spaying and neutering rescues, I do agree with your concern.

All of these sound like great projects, and I do appreciate Duke moving forward with new technologies. The question remains, though, is Duke going to pay for the coal ash cleanup out of their profits, or try to pass those costs on to the customers?

We are very fortunate to have a regional hospital here in Salisbury. I appreciate Dari Caldwell for all the hard work she’s put into making sure that it is constantly being improved.

Frank was always working for something bigger than himself and — as he was doing the day he passed away — supporting an important cause for the community. A city and community mourn and will miss him.

It is so reassuring to read that young people with (cochlear implants) become successful. It is a scary journey for parents when their child is just beginning the process of learning to hear and speak.

How about a plan to reduce the need for yet more low income housing?

Too many choices can be a dangerous thing, resulting in an electoral Tower of Babel. A prime example is the most recent Republican presidential primary. … President Trump never should have come close to becoming president, and his ascendancy was a result of too many choices. In the case of the Green Party, Democrats have reason for concern.

Isaac Heggins raised the point of the people who live downstream of the Buck Steam Station. Were those communities privy to a public hearing? Or will they just have to bear the consequences, after the fact? … Fool me once, Duke, shame on you. Fool me twice, shame on me. Wake up, people — write and call. Don’t just lie down for this.

Other Voices: Blame both sides on DACA