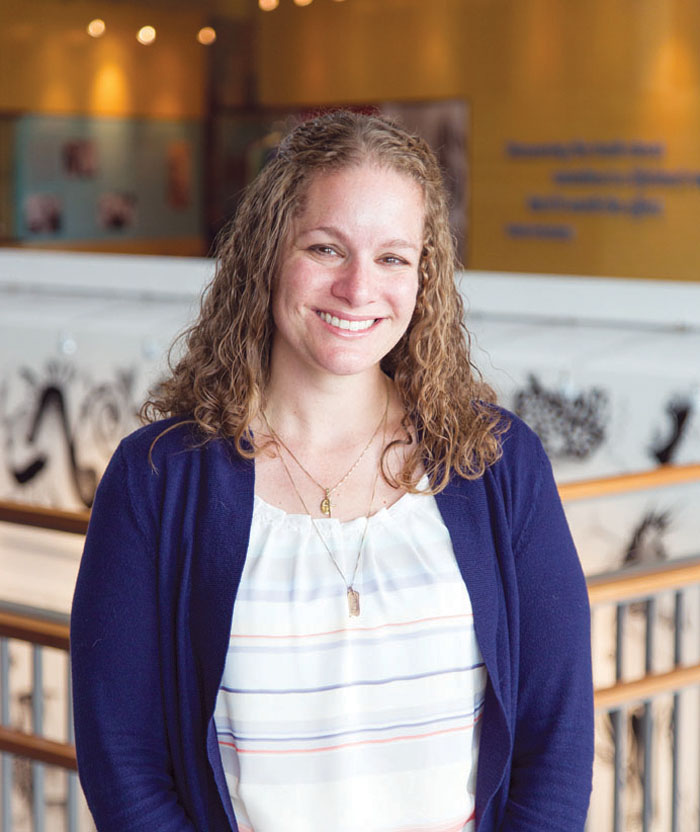 SALISBURY — The wisdom of Fred Rogers is alive and well. Many educators still apply the principles of the TV personality and children’s advocate in their teaching philosophy.

Other community members were present, as well. Wednesday’s crowd was made up of business owners, child care workers, elected officials and others. Smart Start Executive Director Amy Brown said she was pleased to see such a diverse turnout.

“But I think the thing that we all have in common is our love for children,” she said.

It was soon proven that those in attendance shared a love of Fred Rogers when Winters played opening clips of “Mr. Roger’s Neighborhood” and the crowd sang along to “Will You Be My Neighbor?”

The Fred Rogers Center is a part of the TV personality’s legacy, as is his love and support for children. Toward the end of his career, Rogers dreamed of teaching others with a passion for children and of focusing his energy on advocacy work, Winters said. Rogers reached out to St. Vincent College in Latrobe, Pennsylvania — Rogers’ hometown — about starting a program or center. The college agreed.

“Unfortunately, he passed away before that dream was realized,” Winters said.

The college, however, carried on his dream and founded the Fred Rogers Center, which now advocates for children and their helpers.

On Wednesday, Winters asked attendees to think about which things are “essential to childhood” and how individuals play roles in a child’s life. Child care professionals and parents don’t often see eye-to-eye when it comes to what makes child care successful. While professionals tend to think about it more analytically — searching for things that can be weighed, measured and assessed — parents focus more on emotional aspects — is their child loved, cared for and safe?

There’s so much to consider, Winters said, that things often get muddled.

“It’s up to us to navigate what (quality child care) really means,” she said.

But for Rogers, it was simple. What makes child care quality and what is essential to childhood are things he referred to as “the holy ground between two people” — a stable, open relationship.

As long as a school, a day care or a tutor can form a caring, respectful relationship with a child, any other pieces of curriculum that parents or teachers might look for can be swapped in or out.

“There’s no substitute for that,” Winters said of relationships. “We can’t replace the caregiver in that equation and expect the same results to happen.”

Rogers, she said, never spoke of “school readiness” the way many do today. Instead, he was concerned about whether children are emotionally ready to interact with others.

“What matters isn’t how a person’s inner life finally puts together the alphabet and numbers of his outer life,” Rogers said. “What really matters is whether he uses the alphabet for the declaration of a war or the description of a sunrise — his numbers for the final count at Buchenwald or the specifics of a brand-new bridge.”

It’s an idea that the Fred Rogers Center still advocates for.

“What is essential to childhood is making sure children are ready to be together,” Winters said. “That they are valued for who they are in the moment. The learning will come.”

To do that, adults must often become advocates and “helpers” of children — whether they be parents, educators or neighbors.

“There is really no role that is too small or too big,” Winters said.

She gave an example of crossing guards in the streets of Pennsylvania. Under the umbrella of local police departments, crossing guards work only four hours a day in rain, snow or sun. But many are dedicated and have been at the same intersections for decades. They keep children safe, greet them as they cross and remind them that there is someone who cares.

Winters asked audience members to ponder the question: “How do we help to encourage, enrich and empower human relationships around the child?”

Sometimes, she said, that’s to help the child; and sometimes, it’s to “help the helper” by ensuring that care providers have the resources and support they need.

But the most important impact an adult can have on a child’s life is to be there and be positive and caring, she said.