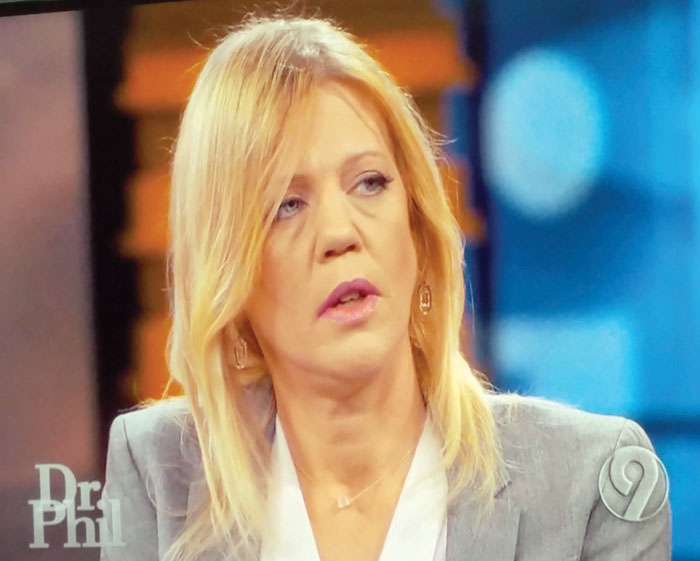 SALISBURY — Although Jodie Trexler Laird appeared on the “Dr. Phil” show with the intent to clear her name in the 1984 murder of her 15-year-old sister, local police investigators say the show and the information it revealed have no bearing on its ongoing investigation.

Salisbury Police Department officials say the case is being reviewed by Detective Travis Shulenburger, who had already been sifting through the case files.

Lt. Greg Beam said investigators hope that new technology, including advances in DNA analysis that were not available in the early 1980s, can help them do what was once thought impossible — find the person who murdered Reesa Dawn Trexler.

Trexler was found stabbed to death in her grandparents’ home on June 15, 1984. Her grandfather, Walter “Walt” Monroe, had gone to the grocery store and his wife, to a hair salon. He returned and found her bloodied and naked body lying in a front bedroom.

No weapon was ever found at the crime scene, but the blade of the steak knife used to kill Trexler was embedded in her shoulder. The blade was discovered during an autopsy.

There have been suspects over the years, but no arrest has ever been made.

Laird was 13 at the time of the killing and had for years been labeled Suspect No. 1. Laird reached out to the show’s host, Dr. Phil McGraw, after learning about comments that she says were directed toward her online.

On Monday, Laird appeared on “Dr. Phil” and agreed to take a polygraph test, which she passed.

Beam said the show does not affect the Salisbury Police Department’s investigation. He said one thing it did was to renew interest in the case after all these years. He said most of the phone calls police have gotten were from people who wanted to know where investigators are in the case.

“It got people talking again,” he said of the show.

He said detectives have begun talking to people who were familiar with the family and the case and those who may remember new details.

One person who was certain Laird was the murderer was Laura Raper Lear, who said she grew up with the Trexler girls. Lear appeared on the show and provided what she believed was evidence that points to Laird as the murderer.

After the test results showed Laird was not being deceptive, Lear offered an apology.

Lear said she was contacted by the show on the pretense that Laird wanted to clear her name. Lear said the producers told her they needed people to come forward to say they thought Laird killed her sister or they couldn’t go forward with the show.

“I personally wanted to see this show happen because I felt that it would bring attention to Reesa’s unsolved murder, so I agreed,” Lear said.

She said she believed Laird killed her sister based on the fact that Reesa was home alone.

“According to the lie detector, I am wrong, so I publicly apologized to her. That’s all I can do,” Lear said.

She said she is happy to see that the case is being revisited, and she’s praying that it is solved with the help of DNA advances.

Salisbury police polygraph examiner Russ DeSantis explained to the Post how a polygraph works and some common myths.

Despite what most people believe about a polygraph, the interviewee knows every question prior to the test, he said.

“There are no surprises to a polygraph,” DeSantis said.

He said he spends much of the time explaining to the subject what the test will entail and what questions he intends to ask.

“We talk about everything before it happens, then we do it,” he said.

The majority of polygraphs DeSantis administers are for pre-employment with the department along with criminal polygraphs and internal affairs matters.

A criminal polygraph can take two and a half to three hours to administer while a pre-employment test can take as long as five hours. DeSantis said no one is sitting in a chair for three hours; the actual testing part can take 30 minutes to 45 minutes.

In a criminal polygraph, there are specific questions that can be asked. For example: Did you kill that person?

Equipment has changed over the years from the boxy machines that display lines across a printout. Now, everything is electronic and fed through a laptop computer. Three cameras are set up to monitor the person during the test and during the interview portion prior to testing, DeSantis said.

The examiner looks to see how the person’s heart rate, blood pressure, respiratory rate and electro-dermal activity (sweatiness, in this case of the fingers) change in comparison to normal levels. A fluctuation could indicate that a person is being deceptive, but the exam results are open to interpretation by the examiner. ­

The examiner looks at whether a person is forcing physiological reactions.

The polygraph test begins with the participant signing consent forms, including an oath of truth. DeSantis discusses the person’s general overall health and alertness level.

“This is a tool for us. We’re not trying to set anyone up,” DeSantis said.

What is considered a fail on a test is lying, including half-truths, he said.

Polygraphs monitor the physiological changes in a person. It cannot detect a “lie” but whether deceptive behavior is being displayed.

It essentially measures the physiological reactions of the body as the questions are being asked.

All answers to polygraphs are yes or no.

The question most people want to know is whether some people can “beat” a polygraph.

The answer is yes, depending on the person and the examiner’s experience, DeSantis said.

Anyone with information about the Reesa Trexler murder case should contact the Salisbury Police Department at 704-638-5333 or Salisbury-Rowan CrimeStoppers at 866-639-5245.