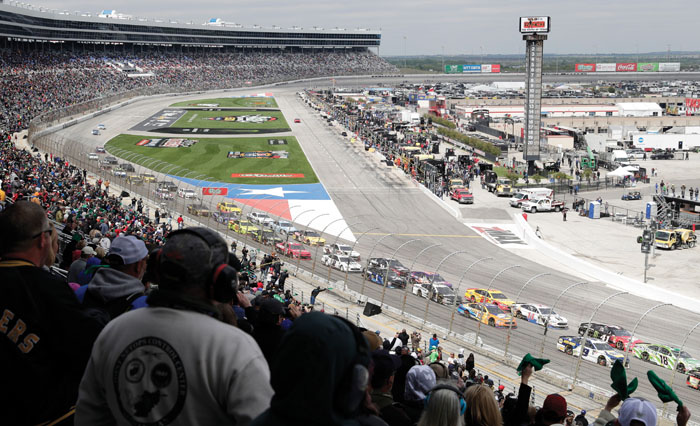 Drivers head into Turn 1 after a restart during a NASCAR Cup Series auto race in Fort Worth, Texas, Sunday, April 8, 2018. (AP Photo/Tony Gutierrez)

CHARLOTTE (AP) — Monster Energy will remain the title sponsor of NASCAR’s top Cup Series through 2019 in an extension announced Tuesday.
Monster is not expected to be back after next year as NASCAR will re-evaluate how it sells its sponsorship. The Monster contract with NASCAR is estimated to be worth $20 million annually.
The energy drink company signed a two-year deal in late 2016. The initial contract was an instant success for Monster, which saw Kurt Busch drive a car sponsored by Monster Energy to victory in the Daytona 500.
The brand is a strong fit for NASCAR as the series tries to energize its fan base and appeal to a younger demographic.
___
More AP Auto racing: https://racing.ap.org