Boycotts, speech and the government 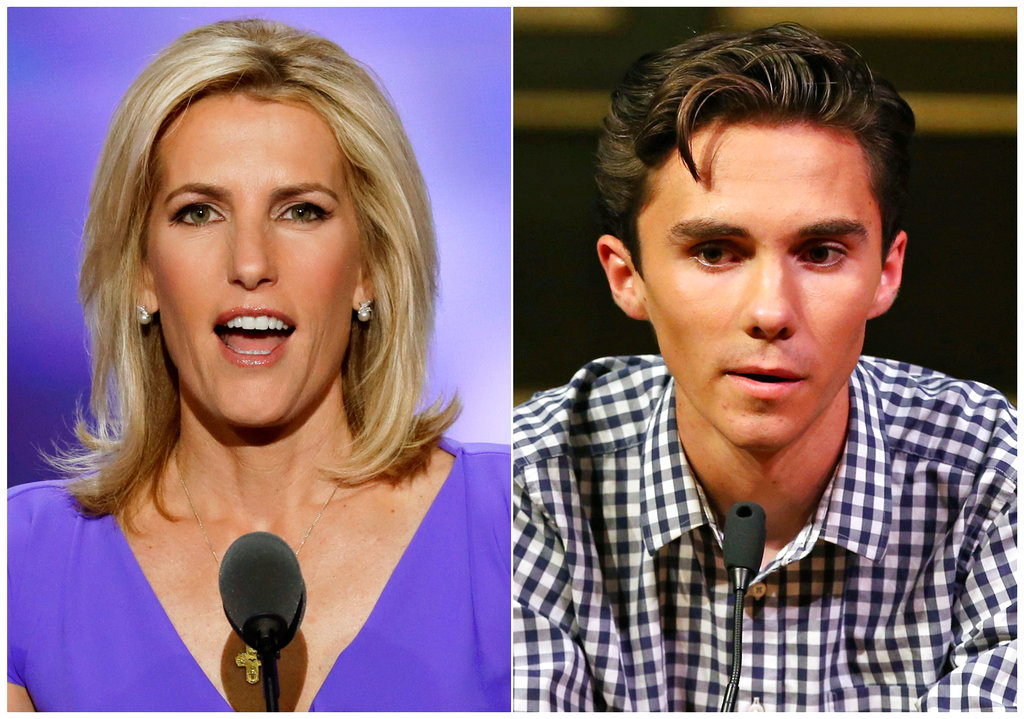 In this combination photo, Fox News personality Laura Ingraham speaks at the Republican National Convention in Cleveland on July 20, 2016, left, and David Hogg, a student survivor from Marjory Stoneman Douglas High School in Parkland, Fla., speaks at a rally for common sense gun legislation in Livingston, N.J. on Feb. 25, 2018. Ingraham is expected back at work on Monday, April 9, 2018 following a backlash by advertisers upset over her tweet mocking a the Parkland, Florida, school shooting survivor. (AP Photo/J. Scott Applewhite, left, and Rich Schultz)

From a column by The Rev. Byron Williams on politicsnc.com:

A 2015 survey conducted by the Annenberg Public Policy Center of the University of Pennsylvania found that only 36 percent of adults could name all three branches of the U.S. government; 35 percent couldn’t name even one. Only 27 percent of respondents knew that it requires a two-thirds vote of the House and Senate to override a president’s veto, and 21 percent wrongly thought that a 5-4 Supreme Court decision must be returned to Congress for reconsideration.

Too bad Annenberg didn’t have survey questions asking the difference between a constitutional right and a business decision. The prerequisite for appreciating the First Amendment requires that one grasp the first five words: “Congress shall make no law.”

Calling for boycotts doesn’t violate free speech; it is free speech. It only violates the First Amendment, if led by agents of the government. …

A number of corporations have concluded, at least for the foreseeable future, that being associated with (TV commentator Laura) Ingraham’s brand was not good for their image.