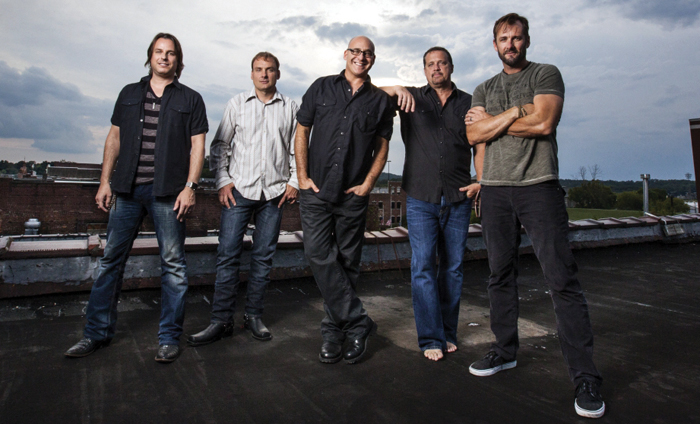 Sister Hazel will be the headline act at the Cheerwine Festival May 19.

SALISBURY — Sister Hazel, whose music is hard to categorize because it ranges from alternative rock to country, Southern rock to pop, will be the headline act for the Cheerwine Festival in downtown Salisbury on May 19.

Among Sister Hazel’s biggist hits is the 1997 song “All for You.” The band, which has been together more than 20 years, traces its roots to Gainesville, Florida.

Also on the music stage at the May 19 festival will be Charlotte-based bands Cassette Rewind and Gump Fiction.

Rounding out the performers that day will be Travers Brothership and Jive Mother Mary.

More than 30,000 people were estimated to have attended the first Cheerwine Festival in 2017, which commemorated the Salisbury-based soft drink company’s 100th anniversary.

The company and the city are combining to organize this year’s festival, kicking off Cheerwine’s second century.

Sister Hazel’s band name comes from the late Sister Hazel Williams, a missionary in Gainesville who ran a homeless shelter.

Before playing in Salisbury, Sister Hazel will have performance dates in Memphis; Chicago; The Woodlands, Texas; Thibodaux, Louisiana; and Savannah, Georgia (May 18).

The group’s album “Lighter in the Dark” reached No. 4 on the country charts in 2016. Sister Hazel released an EP in February titled “Water.”

Sister Hazel has been recording lately in Nashville, Tennessee. “All for You” has been its most successful single to date, hitting No. 11 on the Billboard chart.