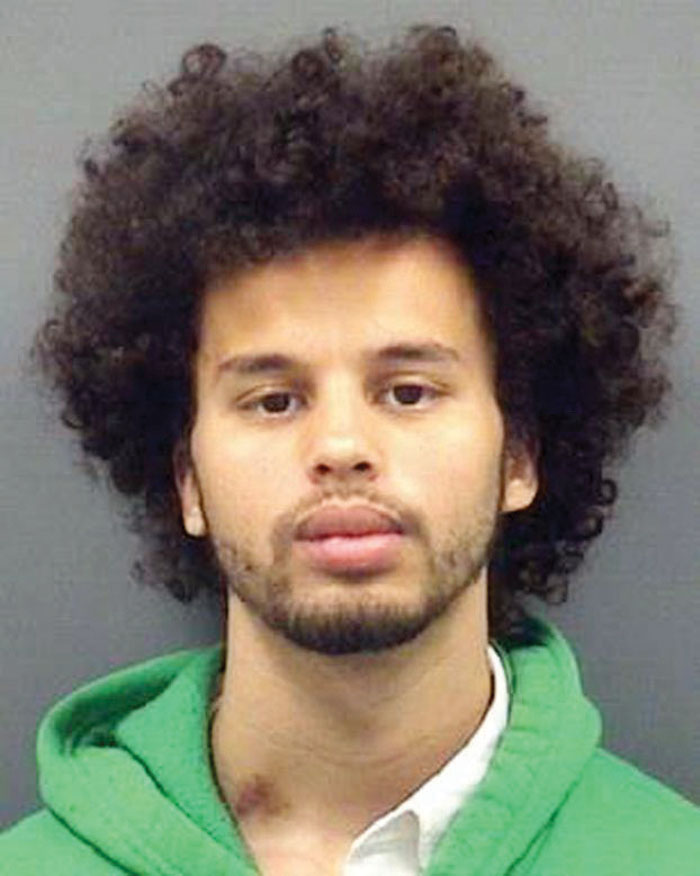 SALISBURY — Joshua Dimitri Clark, the 25-year-old man charged with killing his grandmother, has confessed to Rowan County Sheriff’s Office detectives that he shot her in the head using a “rented” 9mm handgun he got from a friend, according to search warrants.

Clark was arrested less than 24 hours after emergency personnel responded to 345 Dulin Ave., the home of Melanie Anita Clark, whose death was initially called in as a cardiac arrest. Sheriff’s detectives responded to assist medical personnel on March 26 at the home, located off Mount Hope Church Road in southeastern Rowan County.

Clark is charged with first-degree murder and robbery with a dangerous weapon.

The last time anyone saw Melanie Clark alive was the Saturday before he body was discovered. Family members became concerned when she did not show up for church on Sunday. They entered her home through an unlocked back door and discovered her body, which was seated on a couch with an apparent gunshot wound, the warrant said.

There were no signs of forced entry into the home and no sign of a struggle or physical assault, the warrant said.

According to the Rowan County Sheriff’s Office, Creaig Wilson Helms Jr. and Cory Wayne Harrington were spotted using a debit card belonging to Melanie Clark at an ATM. Helms was arrested April 4; Harrington was arrested a day later after a foot chase with law officers. Both are charged with felony identity theft.

A search warrant issued April 4 and obtained by the Post says that Joshua Clark interviewed with Sheriff’s Office Lt. Chad Moose and Detective Carl Dangerfield. He told them he fired the gun four times.

The warrant doesn’t specify how many shots hit Melanie Clark. Her grandson told detectives he got the gun from a friend, who has not been charged in the matter.

The warrant said that after he shot his grandmother, Clark stole her purse. He drove Harrington and Helms to several ATMs to use his grandmother’s bank card to withdraw money. Clark handed over a digital media storage card from his cellphone, the warrant says.

Investigators searched the home where Clark and a number of other people were staying at 225 Happy Lake Road. Detectives found Harrington and Helms at the Rockwell home.

Harrington was wearing the same clothes shown on surveillance video at Wells Fargo bank, the warrant says. Bank video shows a man of the same build using Melanie Clark’s bank card at ATMs in the China Grove area. The video also showed the slim man trying to hide his face from the ATM camera.

During a search of the Rockwell home, detectives seized a 9mm handgun and 9mm ammunition.

The warrant said Joshua Clark initially denied any involvement in his grandmother’s death.

Several people lived at the home on Happy Lake Road and it appeared to be “a place were drugs were commonly used,” the warrant said.

In a warrant issued March 27, a day after Melanie Clark’s body was discovered, authorities seized a number of items from the Happy Lake Road home, including a bag that had a jacket, ball cap and bandana belonging to Harrington.

There were a number of guns at the home, including a Cz-USA made in the Czech Republic and a Federal 9mm, as well as ammunition and a Remington Golden Saber, the warrant says.

A separate search warrant issued April 2 requests the seizure of cellphones that belonged to Joshua Clark and Melanie Clark as well as the cellphone media storage device from his phone.

Detective Moose also requested a search warrant to obtain two cheek swabs from Joshua Clark to have his DNA tested. That warrant was issued April 2.

In a search warrant issued April 5, detectives requested Facebook records of a number of people who communicated regularly with Clark online, including Helms and Harrington.

The warrant said detectives are looking for subscriber information, email addresses, and time and date stamps as well information in their most recent logins.

Clark remains in the Rowan County jail without bond.

Harrington remains in the Rowan County jail under a $60,000 secured bond.

Helms has since been released from the jail.

Clark is expected in court April 18 for a probable cause hearing.

Police are looking for man who wore employee vest,…