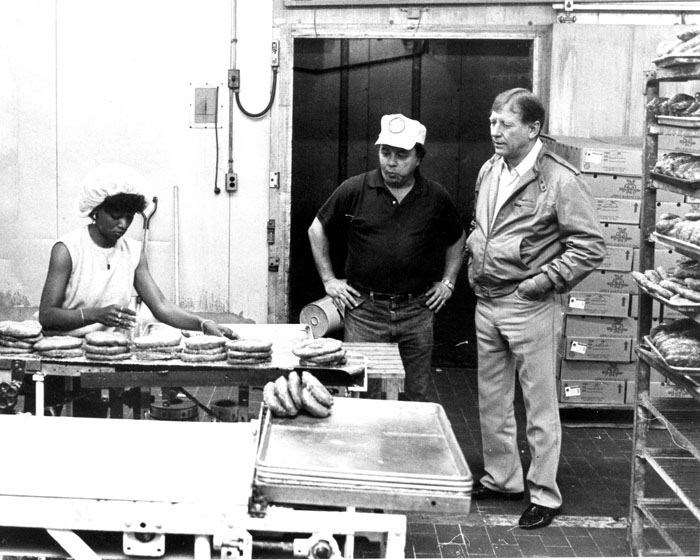 In this photograph from April 1986, the late Baseball Hall of Famer Mickey Mantle, right, gets an inside look at the making of Apple Uglies at Apple Baking Co.’s plant off Woodleaf Road. With him was then part-owner Gary Schwartzbach, who came to know Mantle when Schwartzbach made visits to The Claridge Hotel in Atlantic City, New Jersey. Mantle was a goodwill emissary for the hotel, and Schwartzbach played golf with the ex-slugger in the Mickey Mantle Invitational Golf Tournament. On this day, Schwartzbach was wearing a golf cap from The Claridge. Mantle became a big fan of Apple Baking and was used in some of the company’s marketing. ‘I send him some of the poundcake every so often,’ Schwartzbach told the Post in  1986. ‘He says it’s the best he’s had.’ Mantle was in Salisbury to present the National Sportscaster of the Year award to Bob Costas at the annual National Sportscasters and Sportwriters Association banquet. Mantle, who played for the New York Yankees from 1951-1968, died in 1995 at age 63.