‘Roseanne’ is not pro-Trump; it’s pro-civility 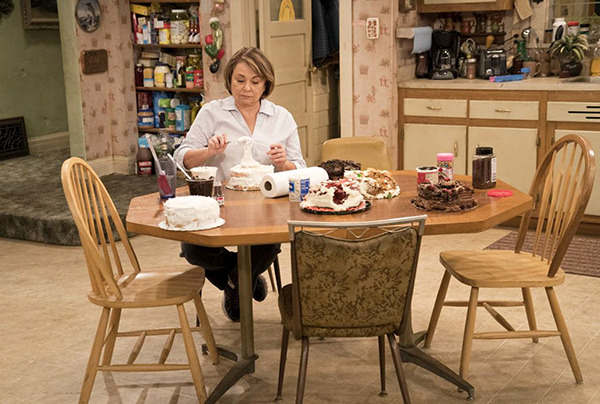 HILLSBORO, Ohio – Like 25 million other Americans (including delayed viewing), my wife and I watched the premiere episode of the new incarnation of “Roseanne.”

I was not a regular viewer of the original “Roseanne,” but I always thought Roseanne Barr was talented and funny from her earliest appearances on Johnny Carson’s show. But the pre-show publicity emphasizing that Roseanne’s character was going to be a supporter of President Donald Trump led us to watch out of curiosity.

I was impressed, not because Roseanne’s character was pro-Trump but because the first back-to-back episodes did a good job representing various points of view. Equal representation is really all most conservatives want.

There have been comedies over the years that have incorporated politics into their weekly scripts, “M.A.S.H” and “Will & Grace” among the most notable. But the best political comedy in television history was Norman Lear’s “All in the Family,” which was truly groundbreaking, especially considering the era – the early 1970s – in which it emerged.

The show’s protagonist, Archie Bunker, was a bigoted, right-wing, blue-collar Nixon supporter, and his antagonist was son-in-law Mike (or “Meathead,” as Archie called him), a long-haired, far-left liberal prone to wearing tie-dyed T-shirts and participating in peace marches. Issues of race,gender, gunsand drugs, along with the raging Vietnam War, were weekly topics of shouted debates among Archie, Mike and others.

Archie’s use of slurs to describe African-Americans and other minorities was shocking to 1970s audiences. In fact, in today’s environment it is unlikely that “All in the Family” would get greenlighted. It was a ratings smash for CBS for many years, and it resulted in a national conversation on the controversial issues it tackled and whether they were appropriate for prime-time viewing.

The very liberal Lear was brilliant in shepherding the show through season after season. The shock value of Archie’s bigotry would not have sustained interest beyond a season or two. Instead, the characters evolved ever so gradually. Over the years, Archie – under the influence of both Mike and Archie’s wife, Edith – became less bigoted, even sympathetic, to minorities and to liberal opinions, while Mike became less idealistic and more conformist, eventually donning a jacket and tie to teach college.

Archie and Mike didn’t end up agreeing, but they eventually understood and respected each other more. They even came to love each other. The show had many touching moments, none more so than when Mike and Archie’s daughter, Gloria, were moving from New York to California, and Archie and Mike shared an awkward hug on the porch.

Likewise, the new “Roseanne” will enjoy long-term success only if the debates between Roseanne and her uber-liberal sister, Jackie, are of equal value and impact. If these debates are done right, sometimes Roseanne’s point of view will make Jackie stop and think, and Jackie’s opinions will occasionally give Roseanne cause for reflection.

There are those who fear such a development. In the New York Times, Roxane Gay, while praising some aspects of the show, concluded, “This fictional family, and the show’s very real creator, are further normalizing Trump and his warped, harmful political ideologies.” She pledged to watch no further. That will be her loss.

In a promotional appearance on “Jimmy Kimmel Live,” the host questioned Barr about what he perceived as her abandonment of her previous liberal politics. Her response spoke for millions of Americans. “I’m still the same,” she replied. “You all moved. You all went so f—ing far out, you lost everybody.”

Barr is under attack now for personal tweets that delve into discredited conspiracy theories, along with other tweets and retweets with controversial content. Advertiser boycotts are being encouraged, which is always a shame, whether from the left or the right. Ideas and opinions, even if considered appalling by some, should never be so feared as to be eliminated through sponsor pressure. And if we vanquished everyone in Hollywood who said nutty things, the entertainment landscape would be barren.

“Roseanne” will likely result in high viewership for a few weeks. But whether it joins the classic status of “All in the Family” or “M.A.S.H” will depend on moving beyond the simple pro-Trump vs. anti-Trump rhetoric used now to reestablish these characters circa 2018. If the show is nothing more than a pro-Trump vehicle, even Trump supporters will grow bored.

I’m guessing Barr is smart enough to know that. As she said on “Good Morning America,” “Conflict resolution and agreeing to disagree are important things that I like to feature and talk about. . . . I hope it opens up more civil conversation between people instead of this mudslinging. I really think we need to be more civil.”

Abernathy, a contributing columnist for The Washington Post, is publisher and editor of the (Hillsboro, Ohio) Times-Gazette.