Other Voices: Drivers distracted to death 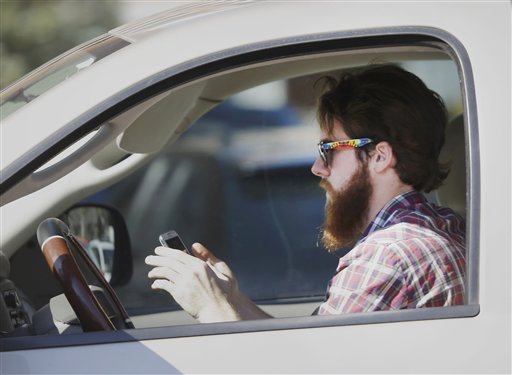 An man works his phone as he drives through traffic in Dallas, Texas. AP photo

Thirty-two people lost their lives on North Carolina roadways in 2017 due to a very preventable cause — distracted driving. That’s according to AAA Carolinas, which last week highlighted that statistic to promote April as National Distracted Driving Awareness Month. More stats: 60 people died in South Carolina last year because of distracted driving, and 10 people are killed every day across the nation in distracted-driving crashes.

Those numbers come from the National Highway Traffic Safety Administration and the states’ transportation and public safety departments. However, AAA Carolinas says those figures are probably low, that the real number of deaths is likely a lot higher since many drivers don’t readily admit to doing something that would distract them while driving, such as texting, at the time of a crash.

But it’s not just texting behind the wheel — which doubles your odds of being involved in a crash — that can become a fatal distraction. Research conducted by the AAA Foundation for Traffic Safety indicates that programming a navigation system can steal your focus for 40 seconds or more, and that talking on a cell phone — even using the hands-free phone technology found in many modern automobiles — can increase the risk of a wreck.

Even eating can be dangerous. Taking your eyes off the road for two seconds — maybe to grab a bite of your burger or wipe that mustard off your shirt — doubles the risk of being in a crash, according to AAA Carolinas.

And that could be all the time it takes to become involved in an accident that claims your life or the life of someone else on the road.

“No distraction — whether texting or eating — is ever worth the loss of life on the roadway,” Tiffany Wright, AAA Carolinas Foundation for Traffic Safety president, said in a news release. “These senseless deaths can easily be prevented if drivers simply choose to focus on the core task of driving when behind the wheel.”

We agree completely. And we’ll point out that texting and emailing while driving are illegal in North Carolina. If you’re caught, you can be fined $100. And we are all already paying higher insurance rates due to the increase in traffic accidents caused, in part, by distracted driving.

“Distracted driving was always there, but it just intensified as more applications for the smartphones became available,” Bill Caldwell, executive vice president of property and casualty at Horace Mann Insurance, told the Wall Street Journal last year as his company prepared to hike rates.

So if you just have to answer that text, take that call or eat your lunch, do yourself and everyone else on the road a favor: pull over.

My Turn, Bill Retallick: How can VA draw line…