My Turn, Bill Retallick: How can VA draw line on impact of Camp Lejeune water? 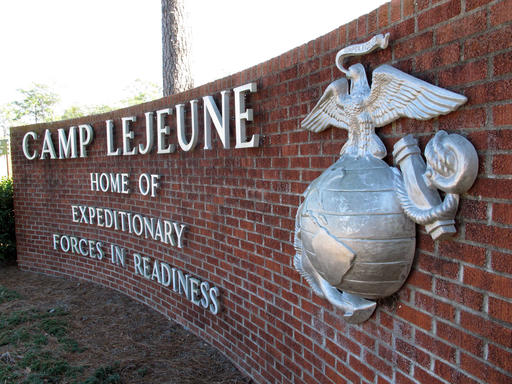 The globe and anchor stand at the entrance to Camp Lejeune. AP Photo

I read with great interest the Post article dated April 5 about your public meeting wherein you discussed your appointment to the director’s position at the VAMC. I applaud your attitude about veterans’ care.

You mentioned the camp Lejeune contaminated water problem. I have a particular interest in H.R.1627 — the Honoring America’s Veterans and Caring for Camp Lejeune Families Act of 2012, otherwise known as the Camp Lejeune Contaminated Water Act of 2012 (the Janey Ensminger Act) which was signed into law by President Barack Obama. I drank and bathed in that water for over one year.

The article has prompted me to write this letter in an effort to promote awareness among anyone who is not aware of what this act is and what it means to those affected by it.

The law and subsequent amendments extended total VA health care to all Marines and other service personnel (including reservists), their dependents and civilian workers who lived or were stationed at camp Lejeune for at least 30 days from 1953 until 1987.

The Act enumerated certain presumptive illnesses which have generated thousands of claims for disability compensation being handled at a central location at the VA in Louisville, Kentucky.

I attended a public hearing at Camp Lejeune in January 2016 that was conducted by the Veterans Administration. The panel included scientists, doctors, VA officials and certain Marines who had been involved in this matter for years. The panel was there to discuss the new law and the final selection of the presumptive illnesses outlined in the act.

I was afforded the opportunity to address the panel. I wanted to hear the panel tell me why only certain illnesses were identified as presumptive illnesses in the act.

I had a bottle of clean water in my hand, and I pointed out that if I were to drink the water it would permeate all of the cells in my body that it was intended to. I went on to state that if I drank the contaminated water, it is logical that it would follow the same path as the good water.

That conclusion led me to then ask the members of the panel how they could eliminate a nexus between the bad water and any illness or disease. What scientific basis would lead common sense to conclude that the water would target only the liver or the bladder or any of the selected body organs outlined in the act?

I thanked the panel for the opportunity to speak. During my brief presentation, no one on the panel spoke.

As I turned to leave one of the experts on the panel stood up and said that as the Congress approved more funds that they would continue to study more illnesses to include as presumptive. So there we are.

It is all about money.

So the hundreds of thousands of people who today could very well be suffering from the latent effects of the contaminated water and may have solid grounds for a disability compensation claim are at the mercy of the budget process in Washington.

The contaminated water at Camp Lejeune contained some of the same deadly chemicals as Agent Orange. When exposure to Agent Orange can be established, most every illness becomes presumptive.

So, my fellow veterans, if you drank the carcinogens, bathed in them, inhaled them or were sprayed with them — and you have filed a valid claim for disability compensation and have been waiting for months and years for what you could be entitled to — remember, it is all about money, our money that Washington wastes around the world that could resolve the entire backlog in valid claims.

William F. Retallick is a life member of the 2d Marine Division Association.