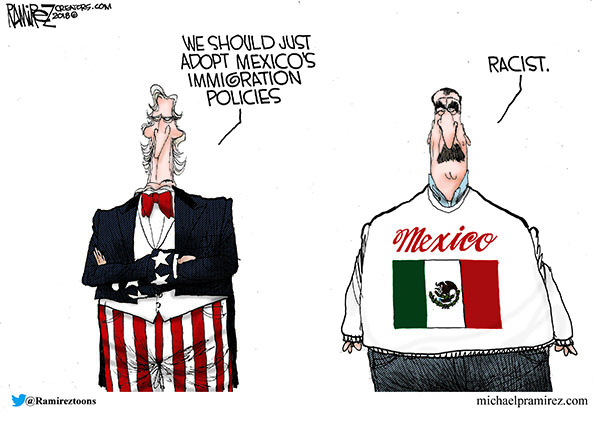 City Council deserves our gratitude for this action. If all goes as planned, this will be a huge financial burden lifted, just as the economic recovery seems to be benefiting Salisbury and Rowan County.

That means a whole lot of money will be moving out of the city, to Florida where Hotwire is headquartered.

In addition, local jobs will be lost. Also there will be an increase of $500,000 per year to refinance the debt.

Fibrant could have easily obtained 570 more customers if money was made available for marketing and they had more than 2 sales people.

I guess last year’s City Council retreat goal of “creating a business plan for Fibrant” was nothing more than shoving it off to another entity.

Hotwire Communications is a LLC, with no public reporting of who is involved or how their financials look. Be very aware Salisbury voters, is this another gift from the downtown crowd?

I wish they would explain it in detail. Handing over the whole thing while still paying the debt service sounds crazy. What will the real savings be? … What happens to all of the service trucks? And who pays for them?

… Letter: Check Hotwire’s record before you sign a lease

I am looking at Hotwire Communications customer and employee reviews with Better Business Bureau ratings. The BBB gives the company an A. However, the problem is low customer satisfaction with service when there are system problems. The employee morale is low.

I will continue investigating. There are some questions that must be asked.

Mr. Walters was a great man.

So sorry for the family, but there should be charges filed against the 94-year-old driver. I’m tired of seeing my motorcycle friends be killed by drivers not paying attention.

… David Freeze: Nothing goes flat on the run

David, you have inspired many, myself included. I looked forward to reading your article everyday.

Good luck to you in your coming adventures, and thanks for reminding us that goals can be reached.

While I agree that independent candidates should also get easier ballot access, your use of spoiler theory fear-mongering is undemocratic.

If you really feel that strongly against the Green Party because of your spoiler theory, support Ranked Choice Voting. Otherwise, you are in effect undermining all the pretty words you wrote claiming to support democratic elections and the freedoms of speech and association.

It is not true that no other party has come close this year to getting on the ballot. The Constitution Party … is likely to succeed in qualifying this year.

Wonderful news! Such a caring group of people.

Need to have a trade school for high school students. That way they could graduate and have a certificate in a technical skill.

The school board is only considering the students that are honor students and not the ones that need it the most.

The majority of students graduate with nothing to do — not going to college and no other plans. They need a lot more help than the ones that go to early college.

Change has already appeared here in Rowan County. I believe that this is a step in the right direction; however, I favor the launch of a private K-7 to K-12 school, focused on career development and offering continuing adult courses and programs to those who dropped out of school and those seeking new careers.

… Guest column: At DC march, the kids had plenty to say. Can we at least listen?

Thank you for this first-hand account of the March for Our Lives. For those of us capable of listening and respecting other people’s perspectives, your account is an insightful look into an issue that has the power to both divide us and — obviously — bring us together.

It’s up to each individual to choose the next steps. We can continue to regurgitate hateful rhetoric and conspiracy theories, or we can enter into thoughtful dialogue. I choose the latter. …

“Even in its current configuration, the census has a tendency to slightly under count blacks and Hispanics, while over counting the number of non-Hispanic whites — something that works in favor of Republicans. This will only push it further in that direction.”

That’s a pretty serious accusation. Considering the statutes that set up the Census, I would love to see some reputable evidence to support such a claim. …

Otherwise, its a baseless claim of discrimination on the part of one group towards a minority group. A very easy card to play.

People like her have to keep stirring the pot; they never let facts get in the way of good propaganda.

She was a blessing to know. The memorial service for her was such a loving, heartfelt ceremony. Prayers go out to her family. … She was a amazing lady. RIP, Mel.

I have lived right across from Melanie for 18 years. Melanie did the best she could with Josh and disciplined him when it called for it. This is so sad. RIP.

If they where to purchase the old Cone Mill site at the original Nation Cemetery, that would be a great addition.

How in the world is moving monuments to museums or other sites out of the public square “destroying history?” It’s not, and that false narrative needs to end.

Guest column: I have had enough!

After reading the McCanless column, I said to myself I seem to be on both sides of the gun control issues. What do I really want?

I want an end to the slaughter of innocents, and for all people to be safe in public places and at home. I want children to be safe in schools that are made difficult, undesirable targets by whatever it takes locally. I want the government, NRA and the gun makers to help make that happen with money, training and advice.

I want organizations and elected officials on each of end the spectrum to voluntarily end discussions they use to polarize their hard core with the specter of “a slippery slope” to protect their revenue stream when they are faced with common sense restrictions.

I do not want the elimination of any rights, like the Second Amendment; for anyone as an acceptable answer for societal problems; that is the real “slippery slope.”

… I want my grandchildren to read about gun attacks in their history books and not hear about in the evening news. I want everyone to stop yelling and start thinking and doing what is right for the children.

I have had enough, too.

I have had enough of “gun-free zones” preventing our children from being protected by the very bearing of firearms our Constitution says shall not be infringed.

I have had enough of these gun-free zones becoming magnets for mass shooters and spree killers (98 percent of which have occurred in gun-free zones since 1950).

I have had enough of know-nothing liberals assuming to lecture me on the evils of firearms while blatantly preventing their unrestricted carrying in places where they were designed to do the most good — shopping malls, hospitals, post offices, government buildings, colleges, schools and many more.

I have had enough of leftist “Rules for Radicals” being enacted in this country to turn it into a ruinous socialist state that murders its citizens and starves them into submission.

… My Turn: With gun debate, churches have chance to spark revival, reach out to young

Some good points here; however, I have a problem when a politician, talk show host or editorial writer implies the futility of taking direct action on a particular issue due to “evil in our world.”

Is there more evil in the U.S. than these other nations, thus our higher killing rate? I don’t think so.

In addition, evil hasn’t stopped us from making lifesaving advances in science, medicine and auto safety. The same can be done with gun safety if our country is willing.

My Turn: Gun rights are not negotiable

Concerning the Jefferson 1828 quote, by all means let us “carry ourselves back to the time when the Constitution was adopted” — decades before the invention of repeating firearms. A military musket could be fired maybe 3-4 times a minute, civilian weapons maybe once a minute. If you wanted to defend yourself against marauders or a tyrannical government, you’d better bring some friends.

… Hitler armed millions of German citizens and called them the Wehrmact. An armed citizenry could just as easily enforce tyranny as fight it, which has actually happened in American history.

The author is commenting on a total gun ban, which is not the case. Using a Nazi reference has to be the first red flag here.

… We’ve all heard this regurgitated rhetoric before.

With all the work (Theresa Pitner) has done, it should be named “Pitner Park.”

Other Voices: Trade war may wound our state