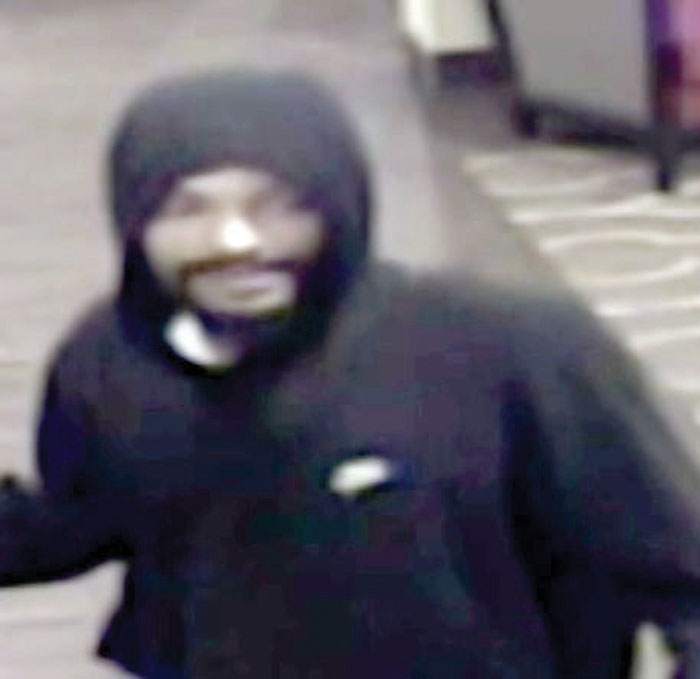 Authorities say this man is wanted in a March robbery at Comfort Inn in Salisbury and Thomasville. Submitted photo

SALISBURY — The Salisbury Police Department is looking for a man and woman involved in a March hotel robbery in Salisbury and for their involvement in a similar robbery at a Thomasville hotel.

The Comfort Inn and Suites, 1040 E. Innes St., was robbed at 8:30 p.m. March 24. Two people walked into the lobby and stole money from the clerk at the front desk, police said. The robbers, who are believed to have been men, left in a white sedan.

No one was harmed during the robbery.

Police said the two are possibly linked to an attempted robbery the same weekend at Comfort Inn in Thomasville. There, the suspects wore dark-colored clothing and ran away on foot. Police continue to investigate.

According to news accounts, the Thomasville robbery happened just before 2 a.m. March 23. Two armed men wore all black with hooded sweatshirts pulled tight over their heads.

One suspect was seen on surveillance video wearing a Pittsburgh Steelers jacket. He jumped over a counter after seeing the clerk, then quickly retreated. The woman seen in the video ran away and was not harmed.

Anyone with information is asked to contact Detective Walker at the Salisbury Police Department at 704-638-2143 or Salisbury-Rowan CrimeStoppers at 866-639-5245.