A scene from 'Summer in the Forest." 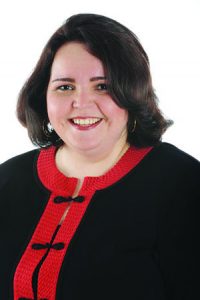 “They taught me what it really means to be a human person, to love and let the barriers down,” director Randall Wright explains about his experience making “Summer in the Forest,” his new documentary. If someone has watched this movie about a community of disabled people near Paris and not been changed, I’ve not met him or her.

“Summer in the Forest” is a moving portrait of L’Arche, a community established in France by Jean Vanier for men and women with intellectual disabilities, which now has outposts around the world.

“People with disabilities are not seeking power, but friendship,” Vanier explains in the film. As we see in the lives of those featured in the film, this attitude frees them to embrace freedom and even foolishness.

“As you laugh together, as you have fun together, barriers drop,” he explains. “Presence is taking time and wasting time, apparently to become who we are all called to be.”

“The big human problem is just to accept people as they are,” Vanier says.

It’s fairly simple, but foundational. A message for all of us, because it’s ultimately about all of us.

In a question-and-answer session after the movie opened in New York, Wright confessed that when he arrived at L’Arche to film, he was at a point in his life where he was “ready to find a place I believed in that shows us how we should live, or at least give us hope.”

Residents of L’Arche took him places — including a memorial to people put on the last train to Buchenwald concentration camp. Stemming from a resident’s memories, it is exactly what we need to see and reflect on — a spotlight on what indifference to hatred and hatred of differences can do.

In a meditation for Easter that appeared in Tablet, a Catholic newsweekly, Vanier wrote: “Many of us live in a state of unease. We may not be fully aware of it, but we often carry a hidden burden that is close to guilt. … Is Jesus asking us to sell everything we have and give all to the poor? Surely, that is not possible. Don’t we have a family? What about our children, who need feeding and clothing?”

I might add that because this seems impossible, and even providing for one’s own family can be so overwhelming, aren’t we living in a culture that seems to be full of resentment for people who might look to us for help? That’s part of why “Summer in the Forest” is made for this moment — to reintroduce tenderness in the face of hopelessness.

Vanier writes: “Jesus on the feast of the Resurrection looks at each one of us with more love than we can dare believe. He forgives us our shortcomings; he frees us from our guilt. He then sends us off to forgive others, so that they can be free from guilt. Each one of us is called to bring peace where there is conflict. We are not all called to sell everything we have. We are all called to be committed to one person who is in pain, who is lonely and lost and who needs a friend.” He adds: “This is the Resurrection.”

Whatever your beliefs or opinions about religion, “Summer in the Forest” is an invitation to enter into a fully human life. I’m not sure we live in that fullness of humanity when we are running from appointment to appointment, scrolling and clicking and pontificating on whatever it is that’s in the news today. “Summer in the Forest” is a retreat on film, one that draws us into a better life.

Coffee still has plenty of perks

The Seattle Times Don’t worry: You and your morning coffee are safe. Despite a Los Angeles judge’s ruling that in... read more