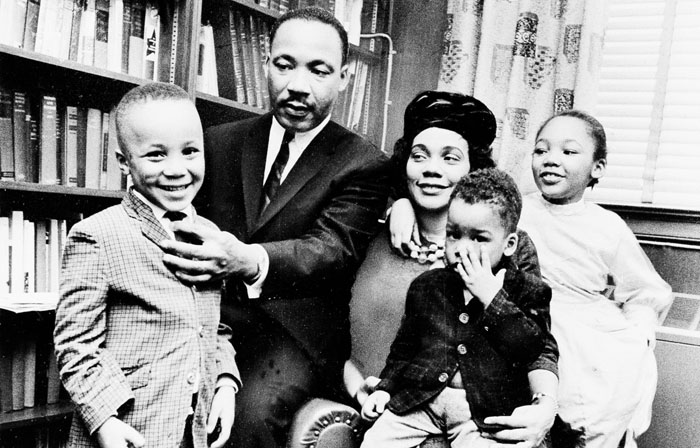 ATLANTA — On April 4, 1968, a movement lost its patriarch when the Rev. Martin Luther King Jr. was killed on a hotel balcony in Memphis.

The loss has not gotten easier in 50 years, but his three surviving children each bear it on their own terms.

“That period, for me, is like yesterday,” said Dexter King, now 57. “People say it’s been 50 years, but I’m living in step time. Forget what he did in terms of his service and commitment and contribution to humankind. … I miss my dad.”

His children cling to the few memories they have left of him. For years, they have had to publicly mourn a man who was among the most hated in America at the time of his death — a task they have been reluctant and, at times, angry to carry out.

Now that King is among the most beloved figures in the world, his heirs are forced to share him with the multitudes who have laid claim to his legacy. For more than a decade, they have had to do this without two of the family’s cornerstones: their mother, Coretta Scott King, who died in 2006, and eldest child, Yolanda, who died in 2007.

As adults, the siblings have earned a reputation over their infighting, which has spilled into rancorous lawsuits over heirlooms including their father’s Bible and Nobel Peace Prize. Today, the three say they are in a “good place” and have managed to compartmentalize their differences and come together as a family in times of difficulty.

Their recollections are a reminder that at the center of this tragedy was a young family, robbed of a loving husband and father, who was just 39. All are older now than King was. The tributes to their dad — from the buildings and streets that bear his name, to statues in his home state and in the nation’s capital — are points of pride but also constant reminders of the void he left.

Martin Luther King III’s eyes crinkle into a smile as he recalls the happier times: in the pews at Ebenezer Baptist Church on Auburn Avenue in Atlanta helping his dad greet new members, tossing a football or baseball on the lawn of the family home, swimming lessons at the YMCA.

When he came home from the front lines in the fight against racism, King’s somber expression would give way to smiles and a playful mood. For them, he was not an icon but a buddy.

King III and his brother also traveled with King. Months before he was killed, they accompanied King as he mobilized people in south Georgia to attend his upcoming Poor People’s Campaign in Washington.

“That was our time for camaraderie,” recalled King III, now 60.

King III said he can still get emotional about his father’s death. If he listens too closely to King’s “Drum Major Instinct” speech, in which the preacher muses about wanting to live a long life, he is moved to tears.

For years afterward, King III tensed whenever he saw a news bulletin like the ones that told him his father was killed, or that his uncle, A.D. King, had been found dead in his swimming pool, or that his grandmother had been killed by a madman while playing the organ at Sunday service at Ebenezer — all while he was still a child.

“I was afraid, because I was like, ‘Is this going to be something else that happens to our family?'” he said.

Bernice King, the youngest, was once envious of her siblings, who had many more memories of King. Shared stories from her mother, sisters and brother, as well as home movies, helped humanize her father.

Nicknamed “Bunny,” Bernice King said she cherishes the scant moments she remembers sharing between father and daughter, like the “kissing game” they would play.

“That stayed with me so vividly,” said Bernice, now 55. “I’m glad I had that, because everything else, other than a few memories of being at the dinner table, I don’t recall. I wish I knew him more.”

She admitted to struggling with having to share her parents with strangers over the years.

“It bothered me,” she said. “It’s hard to have the private moments. … It’s like everybody else has a part of him, and that’s always hard to deal with. But I won’t let it get in the way of what they have done and what they mean to the world.”

That night and the days that followed the killing remain frozen in Dexter King’s memory. He remembers his mother telling the children something had happened to their father as she prepared to head to the airport. After Coretta Scott King left, their caregiver answered the kitchen telephone, started screaming and fell backward.

Dexter, then 7, knew the worst had happened.

When King’s body returned to Atlanta, Dexter remembers running up and down the aisle of the airplane and seeing his father’s coffin on the floor.

“I asked my mom, ‘What’s that?'” he said. “She explained, ‘Your dad is going to be sleeping when you see him and he won’t be able to speak with you. He’s gone home to be with God.'”

Dexter King spoke of his father’s warmth and playfulness, a departure from the serious approach he took to his work. Seeing him in his roles as pastor and civil rights leader, Dexter King said he and his siblings were aware that their father’s work was important.

“You saw the interaction and the energy, just the way people reacted to him,” he said.

He was again struck by the people’s reaction at his father’s funeral, as a seemingly endless sea of mourners formed a funeral procession through Atlanta.

“There’s Dad, and there’s the leader the world owns,” Dexter continued. “Generally, I accept that. But he had a family. As kids, we did not choose this life. And I don’t know that my dad chose it. It really chose him. We’re human, and in some ways, we’re still grieving.”