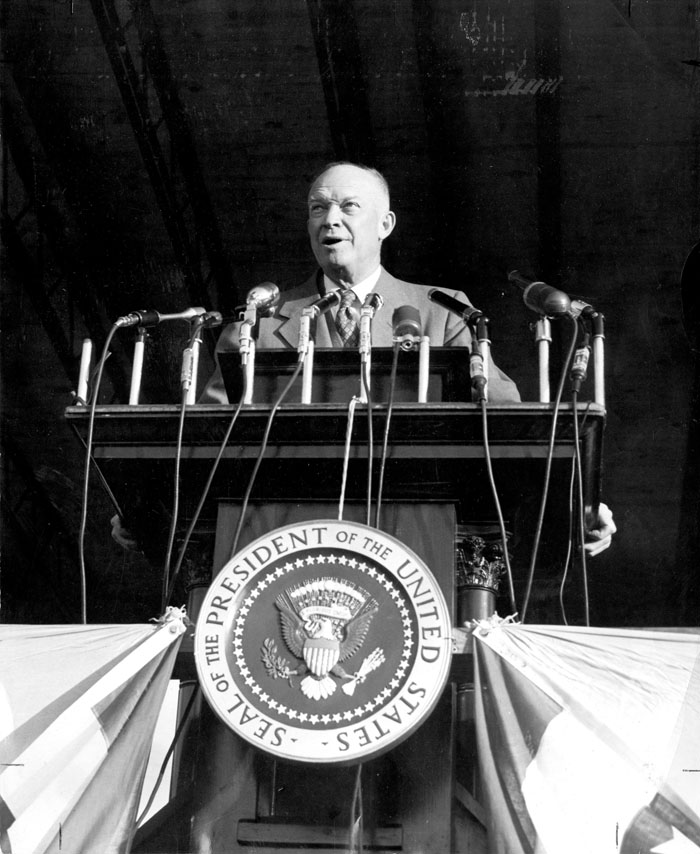 Roughly 10,000 people packed into Catawba College’s Shuford Stadium on April 16, 1953, to take in the visit and speech of President Dwight D. Eisenhower, the biggest guest for Rowan County’s bicentennial year. Above is a Salisbury Post file photograph of Eisenhower speaking to his Rowan County crowd that day. Eisenhower’s appearance sealed the success of the Rowan 200 celebration. The president spoke from a makeshift stage erected at the stadium, which was supposed to accommodate only 3,500. Eisenhower was suffering from a slight case of food poisoning but appeared nonetheless on the cold, blustery day. A Salisbury Post editorial the next day said, ‘President Eisenhower came, saw and conquered Rowan County in a breeze.’