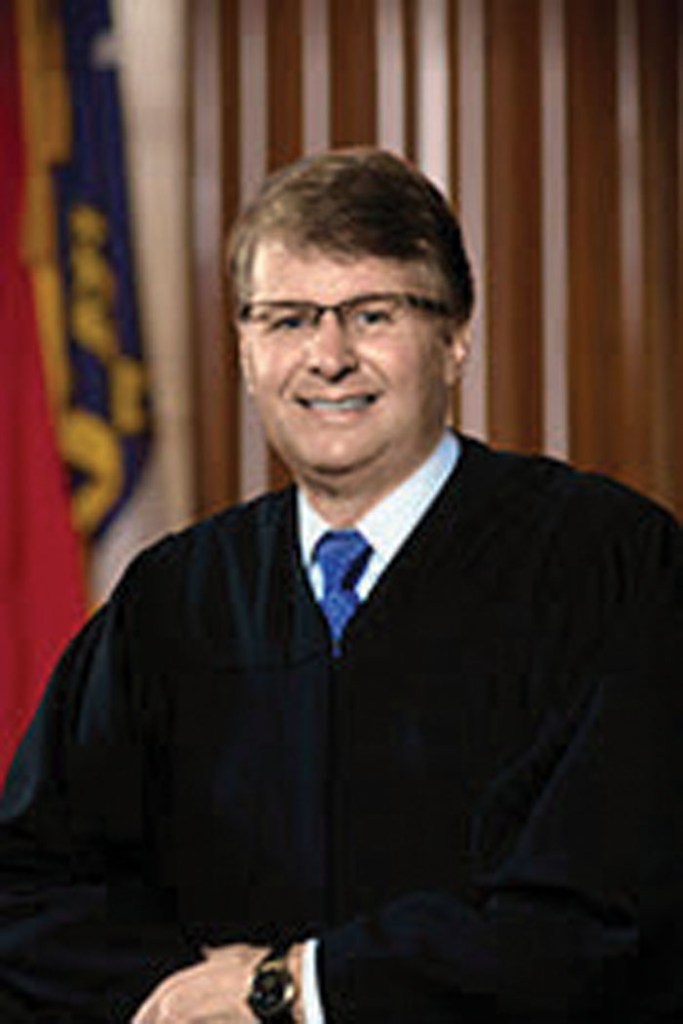 This year marks the beginning of a much anticipated celebration of the Supreme Court of North Carolina. The Supreme Court will turn 200 next year, and we are pleased to commemorate this bicentennial anniversary by bringing the court to people around the state.

Established in 1819, the court was initially composed of three justices who served “for periods of good behavior” that essentially became life terms. The court originally met only in Raleigh, a location that proved burdensome to many residents as the state’s population began to push westward in the first half of the 19th century.

Prompted by its western constituency, the North Carolina General Assembly enacted legislation requiring the court to hold monthly sessions in Morganton starting in 1847.

During its time in Morganton, the court held arguments in almost 500 cases. Remarkably, more than two-thirds of these cases were argued by either one of two Asheville brothers, John and Nicholas Woodfin. These court sessions continued until 1861, when tensions preceding the Civil War prevented the court from leaving its permanent home in the state capital.

The court has remained in Raleigh since that time but has recently held special sessions of court in Burke and Chowan counties. Thanks to legislation passed last year by the General Assembly, the court will convene several additional sessions of oral argument outside Raleigh over the next three years as a part of its 200th anniversary celebration. Taking the court on the road will help promote discussion about the role of courts and the importance of the rule of law in a free society.

I am pleased to share that our first traveling court sessions will be held in May and will take place in Morganton, Hendersonville and Asheville. Later this fall, we will hold sessions in Halifax, Greenville and New Bern. Over time, we hope to convene sessions of court in 20 or more North Carolina cities and towns.

Each of these visits will be paired with local civics education initiatives to maximize public interaction and provide learning opportunities for North Carolinians of all ages.

Every part of our state is rich in local history, and the court is eager to share our 200th anniversary with all of the more than 10 million people who call North Carolina home. I invite everyone to join us as we celebrate the enduring nature of our state courts and their proud legacy of providing justice for all.