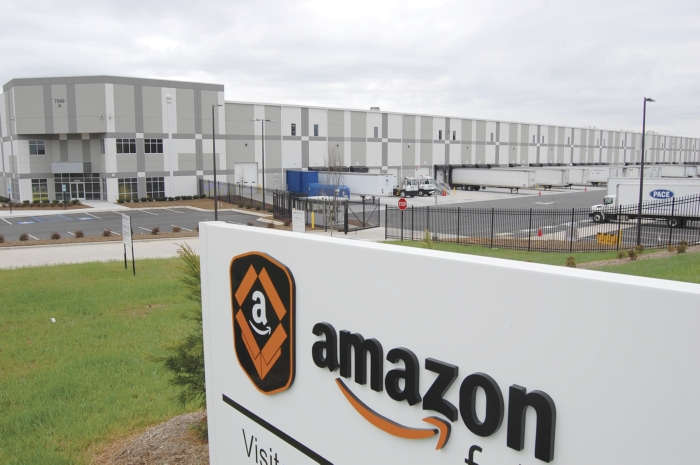 The competition for Amazon’s second headquarters is only getting fiercer. The politicking that goes with it ranges from subtle and behind the scenes to brazenly in-your-face. At stake is a destiny-changing bonanza that is a modern-day equivalent of a railroad siting.

Just last week, an airplane waving a banner proclaiming “No Gays? No Way!” soared for four hours past Amazon’s Seattle headquarters, imploring the company not to locate HQ2 in states lacking protections for LGBT employees.

Everybody with an opinion on which place should win is letting the company know.

Amazon’s decision makers are weighing many factors among 20 finalist locations, and only they know how much certain variables count: suitable buildings or sites, a highly educated labor pool, international airports and other stated requirements. What’s less easily quantified — and perhaps as important — are local politics and where CEO Jeff Bezos wants to spend time when not at HQ1.

The company will effectively wind up planting a mini-Seattle in the middle of another community, so the political and cultural inclinations of its young, STEM-educated workforce, anticipated to reach as many as 50,000 over time, also could dramatically transform the selected city.

So when Georgia lawmakers yanked a big tax break for Atlanta-based Delta Airlines earlier this year over the company’s severed ties with the NRA, Amazon executives who keep mum about the second headquarters derby privately expressed skepticism about Atlanta’s chances. A Boston-area college lecturer pushed the point further in a piece in Forbes: “Delta’s NRA Move Gives Boston HQ2 Edge Over Atlanta.”

Sure, Peter Cohan, who teaches business strategy at Babson College in Wellesley, Mass., got a little out in front of his skis. Amazon officials have not mentioned a short-short list, and, if one exists, who knows which cities are vying against each other.

But on its face, the idea that self-styled progressive cities in red states — Atlanta or Austin or Raleigh — are at a disadvantage makes sense. No matter how hip the city may be, would Amazon risk setting up shop in a state that might, say, allow cake bakers to turn down gay weddings or ban transgender people from the bathroom of their choice?

Bezos’ own positions on many issues are unknown except that he is described as a libertarian who favors gay rights. His most notable foray into Washington state politics came in 2012 when he and his wife donated $2.5 million to the gay-marriage campaign. Last year, he was awarded the national equality award from the Human Rights Campaign, an advocacy group.

“He is one of those executives who wants to be remembered as being on the right side of history,” said Thomas O’Guinn, a marketing professor at the University of Wisconsin school of business. “Part of the quid pro quo is there will be none of this stupid gender bathroom stuff. They are going to demand that the city do everything it can to fight voter suppression. They are going to demand high attention paid to meaningful spending on the environment and more efficient greenhouse reductions.”

One of the weirdest moments in tea-leaf reading came when a small website in Arlington, Virginia (three D.C. area sites are finalists), noticed a boost in readership of a post about an award Arlington County received from the U.S. Green Building Council. The accolade apparently drew a high number of views from an Amazon web location working on HQ2.

In Texas, a business group blocked a bathroom bill last summer, before the Amazon competition began. But another attempt at such legislation in the state is possible in 2019.

“Study after study shows millennials in particular want to work for a company that is open and accepting to all its employees,” said Chris Wallace, president of the Texas Association of Business. He cited research showing Texas would have lost billions of dollars if the bill had passed.

The Amazon HQ2 list of “key preferences and decision drivers” calls for “a compatible cultural and community environment” and that includes “the presence and support of a diverse population.”

In the view of No Gay No Way, which is funded by more than a dozen LGBT donors and activists, that should rule out places in states with “no comprehensive legal protections” for gays and lesbians. It’s a long list: Atlanta, Austin, Columbus, Dallas, Indianapolis, Miami, Nashville, Philadelphia, Pittsburgh and Raleigh as well as Northern Virginia.

But no metropolitan area in contention will be as pro-gay rights, pro-sustainability, pro-composting, pro-climbing walls, pro bring-dogs-to-work as the home of HQ1. (Seattle has more dogs than children, and well-behaved dogs may spend time at work. What better way to keep employees Velcro-ed to their desks?)

Cities are naturally more Democratic than suburbs or rural areas, but the Amazon finalists are more so, voting for Hillary Clinton over Donald Trump by 57 percent to 38 percent, according to Echelon Insights, a research and analytics firm. Other Top 50 markets favored Clinton by just three points.

Once Amazon selects a second headquarters, employees (including some Seattle employees who presumably will help set up the new campus) will usher in an unabashed Urbanism. They will demand non-car transportation options and prompt a big spike in housing costs. Seattle is often ranked as the nation’s fastest growing city, boasting, if that is the right word, rapidly rising housing and rental prices.

Over time, growth politics become all-consuming, pitting old-timers (you know, those with perhaps five years of residency) against newcomers in battles over density and traffic.

But starting almost from day one, the new headquarters city will get a huge boost from massive investment in real estate as tax coffers fill, new restaurants arise and newcomers bearing new ideas energize the place.

New York University marketing professor Scott Galloway thinks all the speculation about the new site is moot at this point.

“The cake is baked,” he said, and the winner is one of three D.C.-area sites. After all, D.C. is where Bezos recently acquired a huge house, where he and his family might want to spend time, where the political action is, where decisions will be made about the company’s future. And given that President Donald Trump has expressed special animus for Amazon, wouldn’t it be better to be a player where the decisions are made?

“The only thing standing between Amazon and a trillion-dollar market capitalization is regulation,” said Galloway, dubbed the Amazon whisperer after his lucky or brilliant prediction that Amazon would buy Whole Foods last year (it did a few weeks later). “The ultimate prophylactic against regulation is to be the local boy in D.C. No one is going to regulate the guy throwing out the first pitch at the Washington Nationals game which will be Jeff Bezos.”

The Amazon search comes at a time of declining confidence in government, Congress, religion and other institutions, said Wisconsin professor O’Guinn. “A public that doesn’t believe in other institutions has to start looking at companies to be part of the moral fabric of the country.”

Amazon officialdom may not want to play that role. But for competitive business reasons, it has to reflect the social and political values of its young workforce. If that’s a culture war, then it’s one worth fighting.

Joni Balter is a longtime Seattle columnist and writer who contributes to local NPR and PBS affiliates.