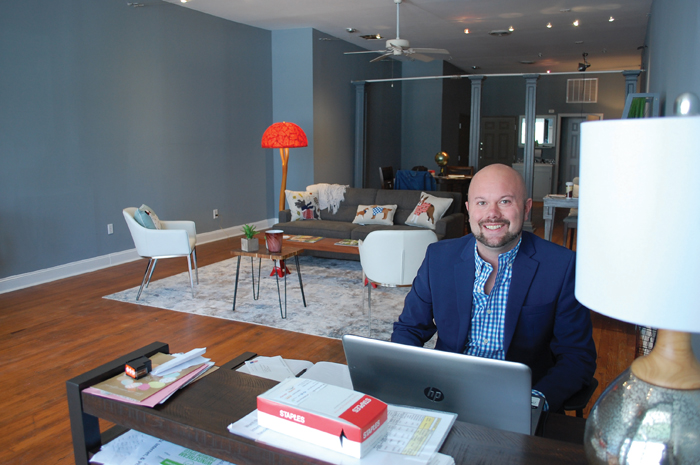 SALISBURY — Adam Shepherd said he “lucked into” being a telecom salesman after college.

“And now I’m just a big nerd about it,” Shepherd said.

As the owner of Whole Home Broadband Solutions, which opened a storefront at 109 West Fisher Street in March, Shepherd has found a way to put that “nerdiness” to use — as a telecom “consultant.”

“Most people that are in this type of thing are authorized retailers,” Shepherd said. “And, of course, I’m going to tell you AT&T is the best thing known to man if I’m an AT&T retailer.”

Shepherd is an authorized retailer with Spectrum, AT&T, Direct TV, Windstream, Vivant Home Security Systems and AT&T cellular. He said that breadth of choice — and his knowledge of each system — lets his clients find what works best for them.

“If it’s price, we’ll find the cheapest one. If it’s value, bang-for-your-buck, we’ll find you that,” Shepherd said.

Shepherd said he gets approximately the same payment from every company when he sells their product.

“So I don’t care which one you take — they all pay me,” Shepherd said.

“I have the cable background. I have the fiber-to-the-home background. You know, selling against every different product, you learn all of those products,” Shepherd said.

Shepherd said Fibrant can only be sold by the city. But he said that, if clients ask him for “absolute speed” and live in the city, he still refers them to Fibrant.

Shepherd said that, since he’s opened, he’s had a number of people come in and not buy anything.

“But they were happy when they left because they came in and said, ‘I think I’m paying too much money.’ And they sat down and we looked at what was available to them,” Shepherd said. “I could have lowered their bill, but it would not have been as good of a product as they had. And so they realized, ‘Oh, I’ve got what I need.’”

Shepherd said he also works directly with property management groups and apartment complexes to help them help their residents.

“You move in and you say, ‘I work at a job at the VA. My wife works from home. Who’s the best internet and TV provider in town?’ You as a property manager or a Realtor don’t have to know that,” Shepherd said. “And you can come to me and I’m going to show you the pros and cons of each of them and find one that meets your needs.”

Shepherd said there are other businesses that do what he does, but he said “99 percent” of them don’t have a storefront.

“It legitimizes us in a way that is different,” Shepherd said.

He said that, when he decided to get a storefront, he knew he wanted it to be in downtown Salisbury.

“I love downtown so much and I’m a big proponent of staying downtown. And one thing that we do is, if you come in and sign up for service with us, you pick a business of your choice and we go buy a $20 gift certificate for it,” Shepherd said.

If you are interested in talking with Shepherd, you can call Whole Home Broadband Solutions at 704-640-0884.

He said he does accept walk-ins but prefers that people bring their internet and cable bills.

The store is open Monday through Friday from 10 a.m. to 6 p.m. and is located at 109 West Fisher Street.