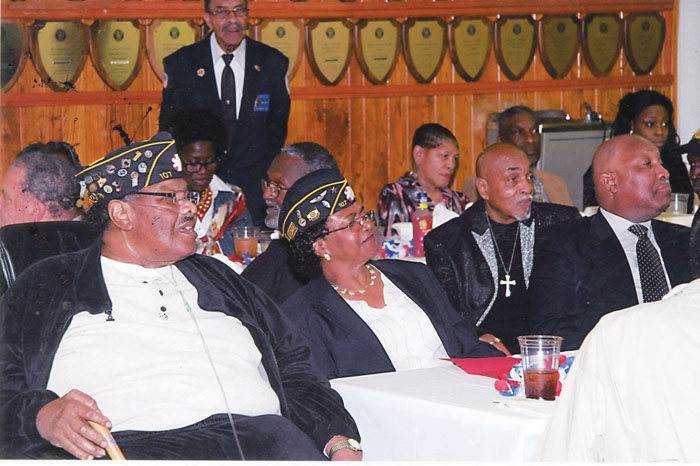 The American Legion was founded March 15-17, 1919 In Paris, France at the close of World War I. The organization was responsible for the GI bill for veterans’ education and home loans.

The American Legion is the largest veterans organization and includes such programs as Boys State, Boy Scouts, Student Trooper, Baseball and oratorical contests.

The American Legion continues to strive to provide youth of America a solid foundation to grow.

J.C. Price Post 107 was reorganized for a third time in February of 1930 at Monroe St School by J.T. Ormond, C.M. Johnson with James Alams as Commander. The Ladies Auxiliary was organized by J.T. Ormond in 1934. Nona Springs Johnson, a schoolteacher, was its first president and Mrs. Horton was secretary. The Post was named after Joseph Charles Price, founder and first president of Livingstone College.

Commander Mae Carroll announced the appointment of Abe Daniels as presider of this program. Mayor Alvina Heggins presented a proclamation from the city proclaiming March 15 as “American Legion Day.” Commander Carroll was introduced by Daniels, who spoke about the historical perspectives of American Legion Post 107, Joseph Charles Price (namesake), and the a annual Memorial Week.

She reported that the long-range goal of the Post is to apply to the Historic Preservation for state and national registry. Mertle Wilson gave the grace and a five course meal was served by the Ladies Auxiliary. John Daniels and Knox served as Post photographers. 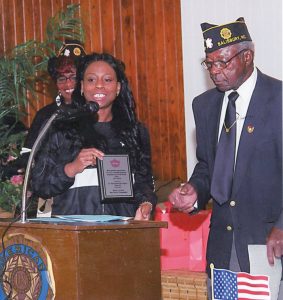 Lewis Reid, post service officer and member of the military honor guard, gave a rendition of the speech he gives to bereaved family members during funeral processions. John Knox presented The Post Queen, Honesty Carter, a special trophy honoring her for dedicated services rendered to the Post during her reign. 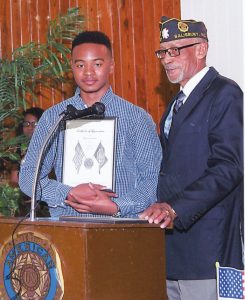 Wayne Hill recognized the 2017 Boys State Delegates: Darreon Gittens and Jalen Kemp were given a certificate of citizenship for successfully completing the Boys State program at Catawba College last June. 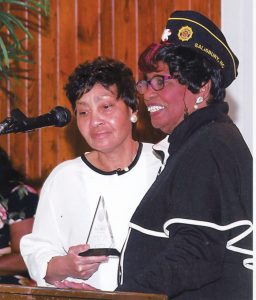 The commander presented Mrs. A.J. Alexander, president of the Auxiliary, a plaque of appreciation for all of the diligent work and dedication shown by the Ladies Auxiliary. “It is a new beginning for the Post” said the Commander. 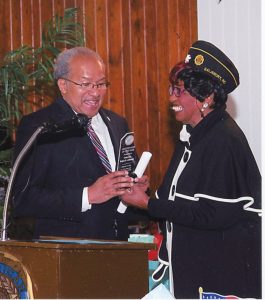 Ralph S. Johnson was presented with the Legionnaire of the Year award for going beyond the call of duty during his short tenure at the Post.

Harold Broadway Jr. was recognized for his work as a Boys State counselor and Boy Scouts. Daniel Haddock also announced the Memorial Week Celebration coming May 30-June 3. Recreational Equipment Inc. of Charlotte will sponsor amusement rides. Raffles for bicycles and electronic devices will be held during the celebration.

Food vendors should contact Daniel Haddock at 704-637-6231. All food vendors must obtain a permit from the Health Department 15 days prior to the celebration. Gospel Singing will also be held at the Post on May 28-29.