Guest column: Linda Brown’s death is a reminder of how much segregation still exists in America’s schools 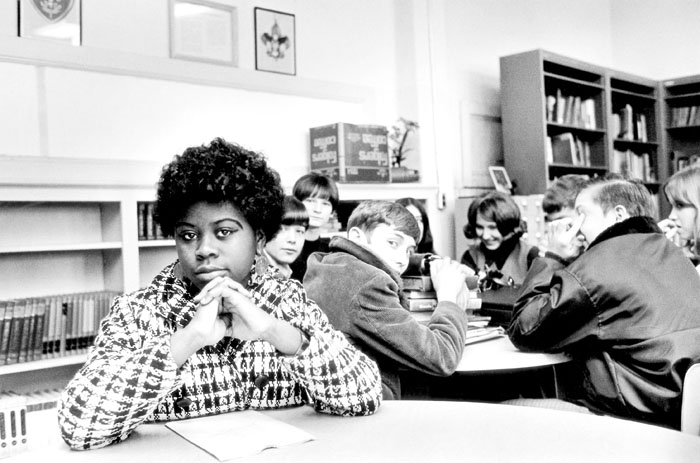 The death of an icon in America’s civil rights history is a reminder of how recently school segregation existed in the United States — and how little has changed since that time.

Linda Brown, who became the symbolic center of Brown v. Board of Education, the U.S. Supreme Court case that desegregated the nation’s public schools, died Sunday. Her father, the Rev. Oliver L. Brown, was one of 13 plaintiffs who sought to ensure that Topeka, Kanas, fully integrated its schools.

“I feel that after 30 years, looking back on Brown v. the Board of Education, it has made an impact in all facets of life for minorities throughout the land,” Brown said in a 1985 interview for “Eyes on the Prize,” a PBS documentary series on the civil rights movement. “I really think of it in terms of what it has done for our young people, in taking away that feeling of second-class citizenship.”

But while many black youths may no longer feel like second-class citizens, data suggest they may still be experiencing America in that way. A recent report by the Economic Policy Institute stated that 50 years after the Kerner Commission, a group that assessed poverty and racism in the United States, black youths have made significant gains in K through 12 education, but challenges still exist.

“However, college completion expanded for whites at a similar pace, rising from 16.2 percent in 1968 to 42.1 percent today, leaving the relative situation of African-Americans basically unchanged: in 1968 blacks were just over half (56.0 percent) as likely as whites to have a college degree, a situation that is essentially the same today (54.2 percent).”

These strides have often been made in schools that don’t look much different from those in Kansas in the 1950s. In the last few decades, schools have been quietly resegregating. Federal data shows that the number of high-poverty schools serving primarily black and brown students more than doubled between 2001 and 2014.

Richard Rothstein, author of “The Color of Law: A Forgotten History of How Our Government Segregated America,” previously wrote: “School segregation is primarily a problem of neighborhoods, not schools. Schools are segregated because the neighborhoods in which they are located are segregated. Some school segregation can be ameliorated by adjusting school attendance boundaries or controlling school choice, but these devices are limited and mostly inapplicable to elementary schoolchildren, for whom long travel to school is neither feasible nor desirable.

“We have adopted a national myth that neighborhoods are segregated ‘de facto’; i.e., because of income differences, individual preferences, a history of private discrimination, etc.”

President Donald Trump campaigned as the leader who could fix some of these issues. During a rally in Dimondale, Michigan, a predominantly black suburb, Trump challenged black voters living in communities with poor schools to give him a chance. “You’re living in poverty, your schools are no good, you have no jobs, 58 percent of your youth is unemployed — what the hell do you have to lose?” Trump asked the crowd.

While Trump lost the black vote, he won the election and put billionaire and longtime school choice advocate Betsy DeVos in place to lead the Education Department. DeVos has been criticized for her lack of understanding of the public school system and, more recently, for providing insufficient support to low-performing public schools.

Rep. Barbara Lee, D-Calif., questioned DeVos’ commitment to minority students during a congressional hearing after the latest Education Department budget proposal called for a 5 percent spending cut, elimination of dozens of programs, a reduction in after-school programs, and a $1 million cut to the department’s Office for Civil Rights.

“Your head is in the sand about racial bias and racial discrimination,” Lee said to DeVos. “You just don’t care about civil rights of black and brown children. This is horrible.”

While the education secretary pushed back on this, many Americans have questioned her ability to fix issues in low-income and mostly minority schools. While the issue existed long before Trump took office, a solution has yet to manifest from an administration that promised black voters a fix to their communities’ issues.

But then again, what might be expected from an administration whose leader thinks America’s greatest days are in the past?

D.G. Martin: Check out these choices for NC public…