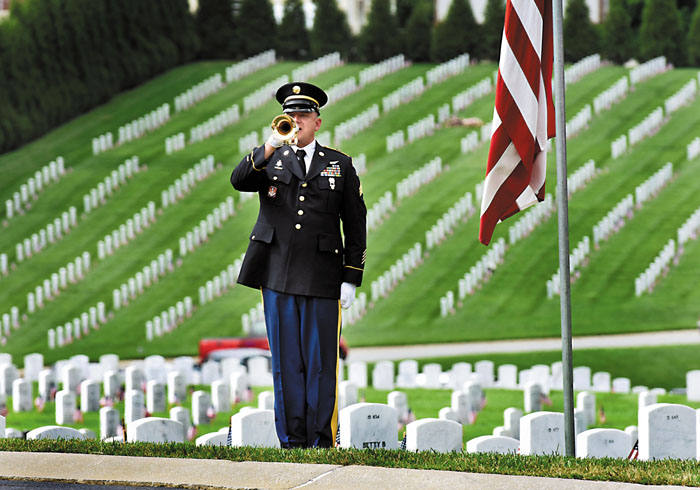 SALISBURY — The U.S. Department of Veterans Affairs is considering a donation of about 35 acres, allowing for the future expansion of the Salisbury National Cemetery Annex.

The Rowan County YMCA has offered the land, which lies across Grants Creek and is west of the current Salisbury National Cemetery Annex.

The expansion acreage is bounded by Grants Creek to the east, McCoy Road to the west, a railroad right of way to the south and a tributary of the creek on the north.

If accepted, the additional land could extend active burials and provide new grave sites at the National Cemetery Annex for about 35 more years. A draft environmental assessment for the land, which is available for public inspection at Rowan Public Library, estimates the expansion area will not be needed for at least 10 to 15 years.

Salisbury has two national cemetery sites. Created after the Civil War, the original site of 12.5 acres is at 202 Government Road. The Salisbury National Cemetery Annex was established in 1999 and lies adjacent to the Hefner VA Medical Center.

This 40-acre annex cemetery, which has more than 7,000 grave sites and a large columbarium, is the only national cemetery in North Carolina open to new internments, not counting spousal burials that can still be done at the others. Other national cemeteries are in New Bern, Raleigh and Wilmington and Salisbury’s original cemetery.

Public comments can be sent to the Department of Veterans Affairs, Office of Construction and Facilities Management, Office of Real Property, and to the attention of Brigette Banks, 425 I St. NW, Room 6W219E, Washington, DC 20001.

Banks also can be emailed at brigette.banks@va.gov. People sending emails should put “Salisbury NEPA EA” in the subject line.

“(The) VA intends to acquire the 35-acre site in 2018 and maintain the land as unimproved until such date when the expansion of the SNCA (Salisbury National Cemetery Annex) becomes necessary (estimated at approximately 10 to 15 years),” the draft report states.

The draft environmental  report is favorable for the acquisition and recommends the issuance of a Finding of No Significant Impact, or FONSI.

The report states, “The analysis performed in this EA (environmental assessment) concludes there would be no significant adverse impact, either individually or cumulatively, to the local environment or quality of life … and that a FONSI is appropriate.”

The environmental assessment says a bridge will have to be constructed across Grants Creek to connect the existing Salisbury National Cemetery Annex with the additional 35 acres.

“What I do know,” Fezler said of the land to be donated, “is that some of it is in a floodplain. Not all that land is available for in-ground burial space.”

The report says the same. The expansion area has about 15 acres lying within a 100-year floodplain. Two to three acres is considered wetlands. Some 4.3 acres is under a conservation easement, which would restrict development.

The expanded area would allow for a buffer of undisturbed land around the identified U.S. waters and floodplains, the report states.

In the past, the land in question has been farmland, vacant and wooded. Since 1960, the report says, the property has gradually reforested. Any development of the property also would have to navigate high-voltage electric transmission lines, two petroleum pipelines, telecommunication lines and a sewer line.

The report makes clear the VA has determined that securing the land “is necessary to meet its long-term cemetery needs.”

“No other sites were offered to the VA or identified as available for acquisition,” the report adds.