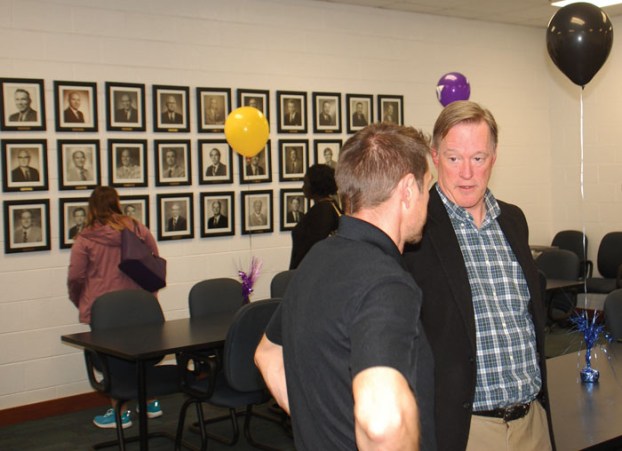 Leaving United Way after 34 years, Bob Lippard says, ‘You never feel like you’ve paid everything back’

Back when he was a Little League baseball player, Lippard remembers his coach, Gordon Hurley, taking his lunch break from the Salisbury Post to travel to the old McDaniel Field and throw extra batting practice to the 9- to 12-year-olds on Lippard’s team.

It would be 90 degrees, but it didn’t matter to Hurley, and that dedication made an impression on Lippard, even as a youngster.

Fast forward to today, and you understand better how Lippard will be feeling Thursday, his last day at Rowan United Way. Think about 34 years on the job, most of them as executive director, and you realize all the annual campaigns conducted and the countless agency representatives, staff members and hard-working volunteers Lippard has met — and cherished.

“It’s amazing, some of the folks who sacrificed so much,” Lippard said.

The volunteers in particular did it by raising money while working at full-time jobs. They served on the United Way boards and made hard decisions about where the money should go, and the community at large gave of both their money and time.

“Just extraordinary people,” Lippard said Monday in between greeting well-wishers who stopped by a reception for him at the Hurley Family YMCA.

Lippard said he feels blessed to have been able to serve the community.

“You never feel like you’ve paid everything back,” he added.

Lippard announced in February he would be resigning. Rowan United Way, which has 18 member and partner agencies, is coming off a successful 2017 campaign that raised more than $1.5 million.

The United Way also has announced recently it will be taking on a new community impact model for fundraising.

“Lean and mean — I think that’s the term,” Lippard said.

Lippard and Harris are the longest-serving United Way executives in the state.

She described Lippard as someone who genuinely cares for people. And she said Lippard allowed her considerable leeway in running the annual campaigns, while providing good oversight.

“He didn’t micromanage, and that’s appreciated by staff,” Harris said.

Robbins has appreciated Lippard’s attention to detail, which she found important for someone in her financial role. Robbins also has been knowing and working with Lippard a long time herself — eight years through the Salvation Army and more than 16 years with United Way.

Most of the people stopping in at Monday’s reception took time to sign a big poster wishing Lippard the best.

Asked if their boss had any quirks around the office, Harris and Robbins came to a quick agreement.

“He’ll steal your pens all the time,” Harris said. “Do not leave a pen lying around.”

The women once tied a pen at the front reception desk so Lippard couldn’t walk away with it, but it disappeared anyway.

What’s in Lippard’s future is still up in the air. He said for now, he’s going to hit the pause button and take care of things on his personal agenda. He might play more tennis, and he would love to see more local baseball games, including those played by his nephews at Salisbury High School.

Lippard graduated from Salisbury High and the University of North Carolina at Charlotte. Before joining the Rowan United Way staff, he was a field consultant for Red Cross.

Chatting at the reception with Bill Bucher and Ron Turbyfill, Lippard was asked how many hours a week the job at United Way demanded. “More than 40,” he said, chuckling.

The men, who both have a wealth of musical talent, also asked Lippard whether he could play any instrument.

“Not even spoons,” Lippard said.

Who knows, he might have time to learn. Things definitely will be different after 34 years.

“I’m not even sure he knows life without United Way,” Harris said.

SALISBURY — The U.S. Department of Veterans Affairs is considering a donation of about 35 acres, allowing for the future expansion of... read more