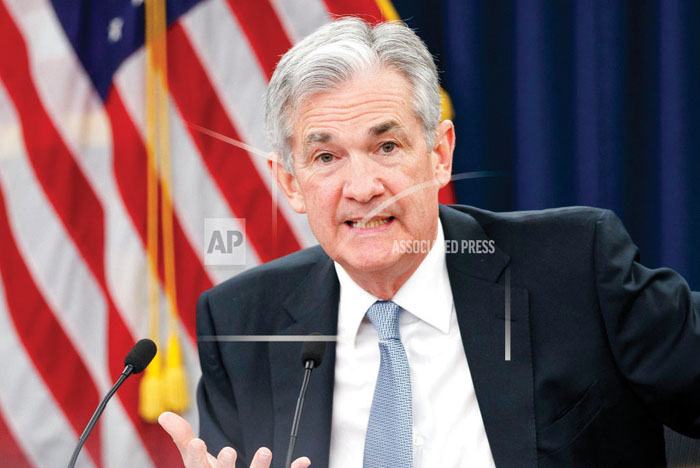 The Federal Reserve announced an increase in its benchmark interest rate last week, from 1.5 percent to 1.75 percent, the highest level since the Great Recession began in 2008.

The first such hike of new Fed Chairman Jerome Powell’s tenure, it was expected and represented continuity with the plans and policies of his predecessor, Janet Yellen.

Under Powell, it appears, the central bank expects continued strong growth and feels it can keep unwinding the super-low interest rates and other crisis measures adopted a decade ago.

Most commentary on this prudent step, likely to be the first of at least three this year, has focused on what it might portend for jobs and the financial markets. Well and good. More needs to be said, however, about the potential impact of rising interest rates on the federal government’s financial future.

The recession reduced tax revenue while triggering massive increases, both automatic and discretionary, in federal spending for food stamps, jobless benefits and other programs. Larger deficits were inevitable, but the Fed’s low interest rates made them easier to finance.

A recent report from the Center for a Responsible Federal Budget, based on Congressional Budget Office interest rate assumptions, projected that total interest costs could rise from $263 billion (1.4 percent of gross domestic product) in 2017 to $1.05 trillion (3.6 percent of GDP) in 2028.

This does not necessarily mean that the debt is becoming unsustainable in and of itself (though that can’t be ruled out). Even after losing the implicit support of the Fed, the federal government enjoys many advantages over ordinary debtors, including the power to print the currency it borrows.

What is happening, however, is that the eventual costs of correcting today’s financial excesses is rising. And the margin for error in federal finances is fast disappearing.

Interest payments are legally binding; they must be made lest the United States default on its obligations and trigger a global financial crisis. The more the government’s resources are, in effect, precommitted to this non-negotiable obligation, the less it has available for emergencies such as war, hurricanes or recession — and for less spectacular but no less important purposes such as research and infrastructure.

It’s worth noting, too, that other things being equal, government interest payments tend to flow upward in society’s pyramid of wealth, for the simple reason that people of modest means have less savings available to invest in bonds than rich people do.

There’s nothing progressive about that, which is one of many reasons that Americans across the ideological spectrum should be protesting Congress’ recent bipartisan abandonment of fiscal discipline. In its own quiet, indirect way, that was the message the Fed just sent, too.