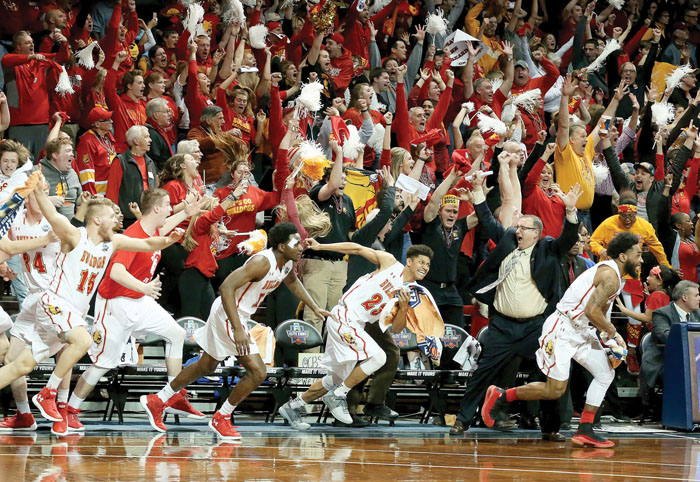 The Bulldogs (38-1) won their final 26 games of the season and set a school-record for wins in a season.

Darin Peterka’s basket with 4:27 to play gave the Wolves their first lead of the second half at 65-64. Carter Evans hit a jumper and his two-handed alley-oop dunk from Peterka gave them a three-point lead with about three minutes left.

Peter Firlik hit two free throws and Hankins made a layup to give the Bulldogs a 70-69 lead with 90 seconds left and Markese Mayfield’s free throws with 10 seconds remaining capped the scoring. Northern State committed three turnovers and went 0 for 2 from the field — including a clean look from 3-point range by Peterka with two seconds left — in the final three minutes.

Firlik, who finished with 12 points, and Mayfield combined to score 19 of their 23 points in the second half.

After Evans scored six points during a 9-2 opening run and Smith’s layup made it 29-23 with eight minutes left in the half, Ferris State scored 16 of the final 24 first-half points to take a 39-37 lead into the break. The Wolves made just three of their final 12 shots — while Ferris State was 7-of-9 shooting — to close the first.

Champ on the pole after weather washes out qualifying