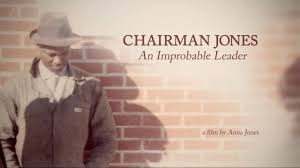 This documentary will be shown at Hood Theological Seminary on April 4.

SALISBURY — Three local organizations are collaborating on an event to mark the 50th anniversary of Martin Luther King Jr.’s death.

Hood Theological Seminary, in collaboration with Center for Faith & the Arts and Covenant Community
Connection, will host a free screening of the award-winning documentary, “Chairman Jones: An Improbable Leader.” The hour-long film is presented as a program of Cinema CFA.

The event will be held 7 p.m. April 4 in the Aymer Center on the Hood campus.

James Henry Jones, a self-educated farmer, overcomes racism and lack of formal education to lead the fight to end nearly a century of education inequality in Northampton County during the Jim Crow and civil rights eras. His improbable leadership transforms him and his community in unimaginable ways.

Highlighting the importance of preparing youth to engage social justice issues, brief video messages created through a youth arts outreach program at Mission House will be presented by their creators and Ash Love, an art educator and community advocate.

King was fatally shot at the Lorraine Motel in Memphis, Tennessee, on April 4, 1968. He was in Memphis to show support for the city’s African-American sanitation workers.

The event is free and open to the public.