South Region: Kentucky & those other guys 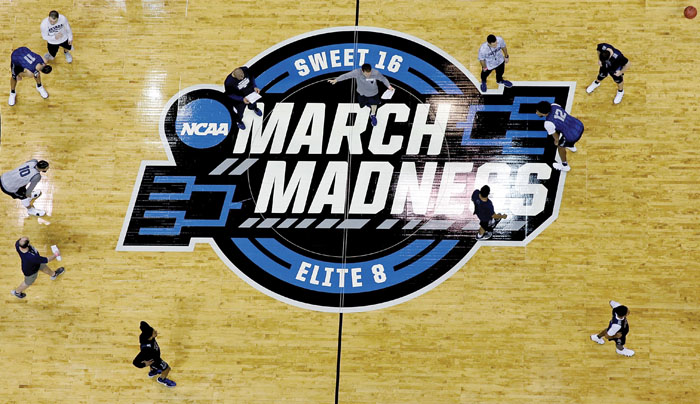 ATLANTA (AP) — Loyola’s bus got lost on its way to arena.

With the exception of Kentucky, which knows its way around Atlanta all too well, no one could’ve expected these teams to need directions to the NCAA’s South Regional.

“Obviously, we’re going to be picked as the underdogs,” Loyola star Donte Ingram said Wednesday, after he and his teammates finally arrived at Philips Arena for a light practice. “We embrace that.”

For the first time in tournament history, the top four seeds in a regional were eliminated on the opening weekend .

Virginia shockingly went down in its very first game, knocked out by Maryland-Baltimore County in a historic 16-vs.-1 upset . Fourth-seeded Arizona was another one-and-done, blown out by Buffalo . No. 2 Cincinnati got sent packing by Nevada, while Loyola set up its improbable journey to the Sweet 16 with a last-second stunner over third-seeded Tennessee .

That seemingly clears the way for fifth-seeded Kentucky to cruise to the Final Four, especially since Atlanta is like a second home to the eight-time national champions going back to the days when the city was a frequent site of the Southeastern Conference tournament.

They don’t call it “Cat-lanta” for nothing.

Of course, those other three teams might have something to say about that.

“I don’t think any of us, once you get to this point, really care about the name on the front of your jersey,” Loyola’s Clayton Custer said.

The Ramblers already endured a bit of hardship just getting to the court, even though they are staying at downtown hotel less than a mile from Philips Arena.

The team bus was supposed to have a police escort, but it never showed up. The driver wasn’t familiar with the route, so he meandered all over the place for a good half-hour, trying to find the right spot to drop off the Ramblers. That, in turn, really tested the patience of coach Porter Moser.

“Our guys handled it a lot better than me,” Moser said. “I guess my immaturity came out. It was frustrating. We couldn’t get here.”

Kentucky is certainly familiar with the route to the Sweet 16.

This is the seventh time in nine years under coach John Calipari that the Wildcats have advanced to this stage of the tournament, setting up another run at their first national title since 2012.

But coach John Calipari is urging his young team not to buy into the perception that this regional has become nothing more than the “Kentucky Invitational.”

“My challenge is preventing our players from drinking the poison that they have an easy road. There are no easy roads,” Calipari said. “If we drink the poison, we’ll be done on Thursday.”

A look at the regional semifinal games:

Nevada is a team without defined positions, sending out an interchangeable lineup that includes twins Cody and Caleb Martin and no player taller than 6-foot-7.

The Wolf Pack (29-7) are averaging 83 points a game and present all sorts of matchup problems with their fast-paced style.

They’re also playing with enormous confidence after rallying from a 22-point deficit with 11 minutes remaining to beat Cincinnati .

Nevada would prefer to play from in front against Loyola.

“If we get behind with this team, it’ll be hard to get back in front because they execute so well offensively,” Hallice Cooke said. “They know how to control the pace of the game.”

Along with Syracuse, the Ramblers (30-5) are the lowest-seeded team still alive in the tournament, reigniting interest in a program that won a national title in 1963 .

“Someone just sent us a thing about Loyola watch parties all around the country,” Moser said. “How cool is that?”

Kentucky’s latest batch of stopover stars is coming together at just the right time.

The Wildcats (26-10) lost four straight games in early February and finished fourth in the SEC, but they’ve won nine of their last 10 with an all-freshman lineup led by Kevin Knox and Shai Gilgeous-Alexander.

“We were just so young, it took time,” Calipari said. “We were trying to land the plane before we ran out of runway.”

Kansas State (24-11) is viewed as perhaps the worst team left in the NCAA field, advancing with an ugly 50-43 victory over UMBC .

Coach Bruce Weber, who previously took Illinois and Southern Illinois to the Sweet 16, has used that perception as motivation for his unheralded team. Kansas State finished fourth in the Big 12 and was drubbed by state rival Kansas in the conference tournament.

“We’ve got to come out, fight them, grind it out,” Weber said, “and hope that somebody can step up and make some shots.”