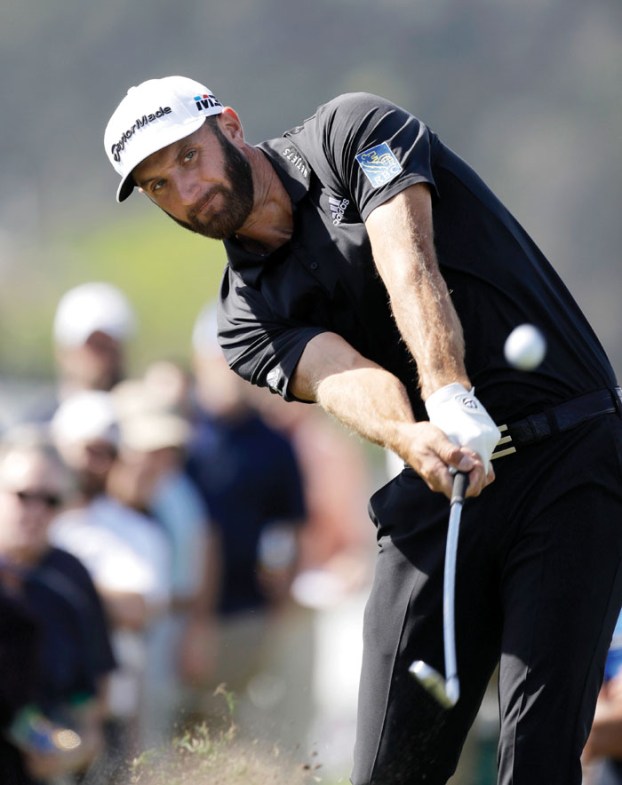 This time, it wasn’t enough.

Former U.S. Amateur champion Peter Uihlein built a 5-up lead against McIlroy and held off his late charge with enough key shots of his own in a 2-and-1 victory, one of several surprises Wednesday in the opening session of the Dell Technologies Match Play.

Defending champion Dustin Johnson hit two shots out-of-bounds on the same hole, another tee shot in the hazard and couldn’t make the putts that he couldn’t afford to miss on the back nine. He wound up losing on the 17th hole to Bernd Wiesberger.

Justin Thomas also got a scare, mainly because his opponent had to putt with a sand wedge over the last 12 holes.

McIlroy was coming off a victory in the Arnold Palmer Invitational just three days ago, when he birdied five of his last six holes to win by three shots.

“I felt it was going to go two different ways,” Uihlein said. “When a guy comes off a win, next week out they’re either a little flat or still as hot as can be and they’re just going to blitz it.”

McIlroy was a little of both. He had a bogey, a double bogey and no birdies as Uihlein raced out to a 5-up lead through 10 holes. McIlroy began his run of five straight birdies on No. 12, and it might have been enough had Uihlein not matched him with a birdie at the 12th and another one on the 13th, when he laid up into the wind on the short par 4 over water and stuffed a wedge into 5 feet.

“I made him earn it at least,” McIlroy said. “I just came away a little fat. I didn’t really necessarily play badly. He didn’t make a bogey all day, so it was hard to sort of claw my way back.”

McIlroy, along with Johnson, Phil Mickelson and Tommy Fleetwood, now have to do some serious clawing to win their groups. All of them lost the opening match in their four-man groups and will need some help to advance to the weekend.

In the two years this round-robin format has been used, only four players have lost on Wednesday and won their group.

One of them was Johnson two years ago.

The world’s No. 1 player lost his first lead by driving into the hazard, another 1-up lead with he drove out-of-bounds twice on the par-5 sixth hole, and he was in serious trouble when his tee shot on the par-3 11th hit off the rocks guarding the green and into the lake, falling 2 down.

“I thought it was the easiest game I could have,” Wiesberger said. “I’m the underdog playing the defending championship. Just go out there and see what happens.”

Plenty happened on the first day as the 18-hole matches lived up to their fickle reputation.

Thomas, who had his wisdom teeth pulled two weeks ago and now is recovering from strep throat, built a 3-up lead that looked even larger when Luke List, whom Thomas beat in a playoff to win the Honda Classic, swung his putter into the hedges after losing the hole at No. 7.

Except those weren’t hedges.

It bent the grip of his putter enough that he could no longer use the damaged club in the round. List putted with the leading edge of his sand wedge, and he fought back to take Thomas to the 18th hole.

“When he started putted with the wedge, I knew that it would hopefully make it easier on me,” Thomas said. “But it didn’t.”

Jordan Spieth won his opening match over Charl Schwartzel by winning three straight holes to build a 3-up lead through 14 and holding on for a 2-and-1 victory. Spieth again missed a few short putts early in the round when he could have seized control.

The match ended with a peculiar twist. Schwartzel missed his birdie putt on No. 17, meaning Spieth had two putts from 5 feet to win the match. Schwartzel made him hit both putts, the second one from just over 2 feet.

“I missed some shorties to start the round. I don’t hold that against Charl,” Spieth said. “I didn’t enjoy hitting that second putt, and that’s the point.”

Charles Howell III birdied the 12th and 13th holes to go 3 up on Mickelson, who made only one birdie in 16 holes. Mickelson lost his opening match for the first time since John Cook beat him in 2002 at La Costa.

Mickelson, McIlroy and Johnson can’t afford another loss, and even that might not be enough to reach the knockout stage on the weekend.

Six of the matches were halved, and three of them felt like victories.

— Zach Johnson was 4 down after 14 holes against Matt Kuchar when the two-time major champion birdied the final four holes for a draw.

— Adam Hadwin was 1 down on the 17th green and could only watch as Kisner stood over a 10-foot putt for the win. Kisner missed, then missed the 4-foot par putt to lose the hole, and they each made par on the 18th for the halve.

— Keegan Bradley was 2 up with three to play against 2017 finalist Jon Rahm when he bogeyed two of the last three holes in a match that ended in a tie.

— Pat Perez rallied from 3 down with seven holes remaining to halve with Si Woo Kim.