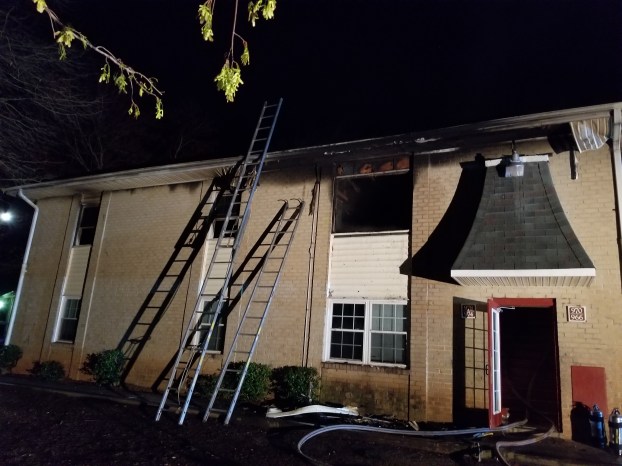 The cause of a 2 a.m. fire that displaced several families at Kannapolis' Cabarrus Arms Apartments on Thursday is under investigation. KFD photo 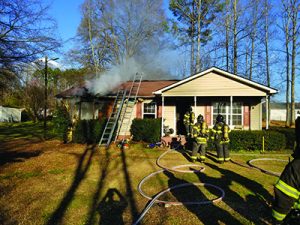 Five people were displaced by a fire at structure fire in the 100 block of Wayne Avenue in Kannapolis on Thursday evening.
KFD photo

KANNAPOLIS — Firefighters dealt with two fires Thursday — one at an apartment complex early in the morning, and the other at a house in the evening.

No one was injured in either fire.

Just before 2 a.m. Thursday, firefighters responded to a report of an apartment fire in Cabarrus Arms Apartments on Wilkes Drive. They found heavy smoke and flames coming from the two-story complex.

Crews worked quickly to bring the fire under control and search for victims in the building. Kannapolis police officers also helped evacuate people in the surrounding units in the early stages of the fire. All occupants were able to escape the building.

Most of the fire was contained to one apartment, but multiple apartments were affected by water and smoke. The cause is under investigation

The Kannapolis Fire Department was assisted at the morning fire by both Concord and Landis fire departments, as well as Cabarrus County EMS.

The second call came in just after 6 p.m. about a structure fire in the 100 block of Wayne Avenue. Firefighters found heavy smoke and flames coming from the residence.

All occupants were able to escape, but the home suffered significant damage. The fire was brought under control in about 15 minutes. The Landis Fire Department and Cabarrus EMS provided assistance on the scene.

The fire is under investigation but appears to have been accidental, according to fire officials.

The American Red Cross is providing help to the people who were displaced.