Other Voices: The video game ruse 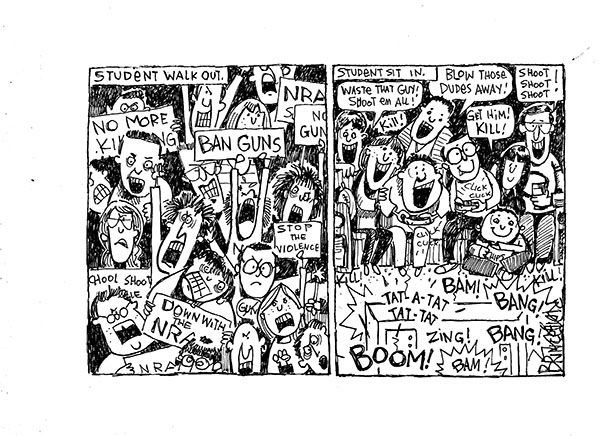 President Trump used the shooting in Parkland, Florida, to convene a group at the White House to discuss the possible nexus between violent video games and actual violence, despite the lack of conclusive evidence that such a nexus exists. No less an authority than the U.S. Supreme Court said in 2011 there is no “compelling” link. …

The president is not alone in his concern about the impact of violent video games on young people. President Obama raised similar concerns when he was in office.

But even if the research were on Trump’s side — then what?

In that landmark Supreme Court case overturning a California law in 2011, the high court declared that video games represent a form of speech protected under the First Amendment, and said California couldn’t carve out a violence exemption. We realize this president doesn’t have much use for the First Amendment, but even he doesn’t have the power to wipe “Call of Duty” or “Grand Theft Auto” off store shelves.

And so what the meeting amounted to was a gripe-fest — a distraction from Trump’s own mixed messages on gun control. It was also a sop to folks like National Rifle Association head Wayne LaPierre, who has famously castigated entertainment companies for inciting violence.

In other words, it was a waste of time.