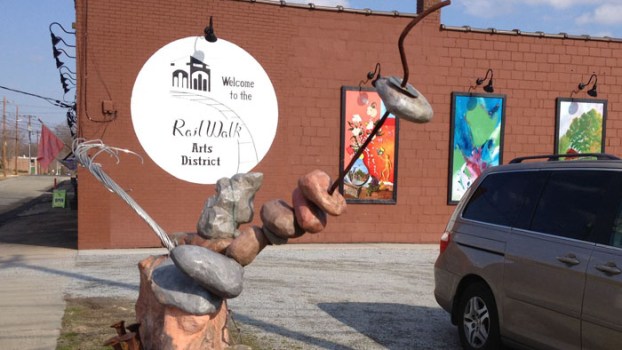 A Rowan County-backed streetscape project will be in partnership with the city of Salisbury is meant to increase access to several businesses in the Riverwalk area. The businesses -- Morgan Ridge Railwalk Brewery, Lee Street theatre, Salisbury Emporium and Railwalk Artist Galleries -- comprise what county officials call the "Railwalk area." Streetscaping will improve lighting and aesthetics to enhance safety and atmosphere and drive sales.

Letter: Thank goodness warehouse at Railwalk will be saved

The writer is commenting on a story in Tuesday’s Post, “County loan will speed Railwalk renovation.”

Would we have a Railwalk if we did not have rails and rail buildings associated with it? Of course not. So why would you ever suggest tearing down a contributing rail building associated with the rail walk? Isn’t that what makes the district? Sometimes you don’t know what you’ve got until it’s gone.

The Convention and Visitors Bureau states that “the loan is meant to expedite renovation of the structure … because it would take too long to go through the process of tearing it down.” Well, thank God for that. The CVB had no idea that the building was contributing when they purchased it. They had absolutely no intention of saving it. Now it will be saved and renovated.

And, yes, City Council can do it. The same type of requirement exists on the use of federal highway funds.

Editorial: A step forward for Fibrant and Salisbury

Salisbury City Council has the cart before the horse with the public hearing it will hold today on leasing Fibrant... read more