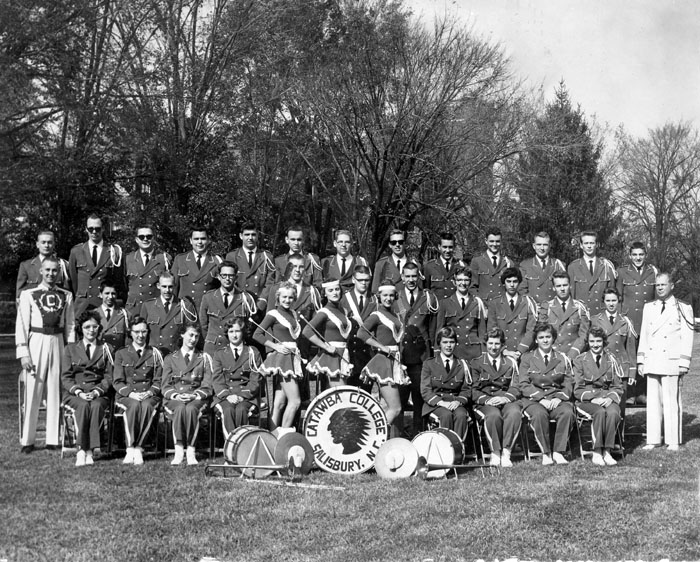 This is a photograph of the Catawba College Band in 1959. Joe Williams of Faith who provided this picture to the Post, was a drummer in that band, and he is standing in the second row, sixth in from the right (not counting Band Director Marvin Wiggington). Fellow drummer Richard ‘Rip’ Everhart is fifth from the right, and Doris Kaniklides is fourth from the right. Williams reports that Everhart went on to marry Patsy Roseman. Kaniklides would later work at the University of North Carolina at Chapel Hill. Another friend, Flo Peck, is sitting in the first row, fourth from right. The band played at football games, marched in parades around the region and had a few concerts during the school year. This picture was taken on the front lawn of the Administration Building.