Prep softball: Under the radar, but Mustangs headed for winning season 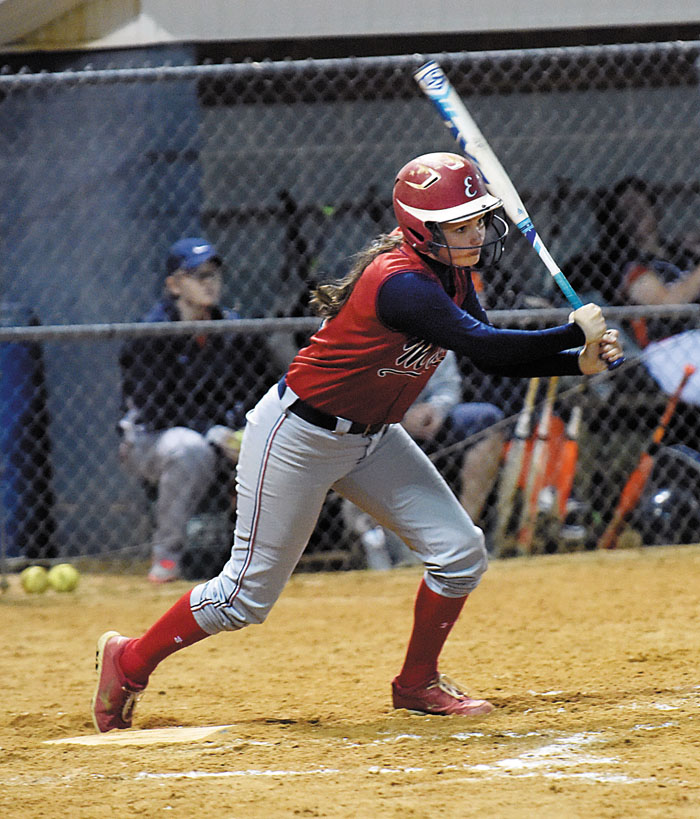 Wayne Hinshaw file photo/for the Salisbury Post ... Caroline Johnson is expected to be the shortstop for East Rowan’s softball team this spring.

East’s 23rd season of fast-pitch action is now under way, and, believe it or not, Waddell has been in the dugout for all but one game played in those 23 seasons. That’s in the neighborhood of 500 games.

Coaching changes have been frequent at all the other schools, but Waddell has been the constant in the county.

He’s coached some great teams. From 2008-11, East went 87-11 and finished in the top four in 3A twice, as pitcher Chelsea White put her name on the all-time lists for the NCHSAA with 74 victories and 821 strikeouts.

Things have been quieter in Granite Quarry in recent years. East went 15-9 as recently as 2016, but with a young team in a strong league last year, East  lost its last five games, sank to a 7-14 overall and tied South Rowan for sixth place in the South Piedmont Conference. East did make the 3A playoffs, losing a one-run game at Pisgah in the first round.

East will be battling in the North Piedmont Conference this season with Carson, West Rowan, North Iredell, South Iredell and Statesville. With a pair of talented  young pitchers and a more experienced squad, Waddell expects the Mustangs to compete. East will find out where it stands right off the bat, hosting West Rowan (March 20) and Carson (March 23) in its first two league games.

East will be in good shape in the circle for several more years. Sophomore Karley Teague already has a year of varsity experience, and freshman Haley Strange is ready. Strange pitched some last summer for the Rowan Legion softball program.

“They give us a nice 1-2 punch,” Waddell said. “They’re different types of pitchers, so we’ve got two different looks for hitters.”

Mackenzie Sprinkle, a junior with a lot of experience, returns as the No. 1 catcher. She has a solid bat and will be counted on to get on base near the top of the lineup.

The infield will be anchored by shortstop Caroline Johnson. All-county last year, Johnson is East’s only senior. She’s a .400 hitter and should be one of the county’s top players. She’ll drive in runs as the No. 3 or No. 4 hitter.

The other infielders are Victoria Lewis, Lauren Shepherd and Kaitlyn Eller.  Eller is working her way back from an injury. Lewis, a sophomore, benefited from varsity experience last year after moving up from the jayvees. Strange can play third base when she’s not in the circle.

Caroline Houpe would be a factor, but she’ll miss games with a shoulder injury.

East has gotten off to a good start and is 5-2. Waddell described victories over A.L.Brown and improved Concord as good non-conference wins.

“Concord has a pitcher who’s going to keep them in games,” Waddell said.

Both of East’s early losses were to Mount Pleasant.

East is an interesting team. There’s some extra-base power on hand.  Johnson, Sprinkle and Lewis homered last week, as East put up 45 runs in three games against rebuilding teams.

“We can still be our own worst enemy at times,” Waddell said. “But I think we can be decent.”