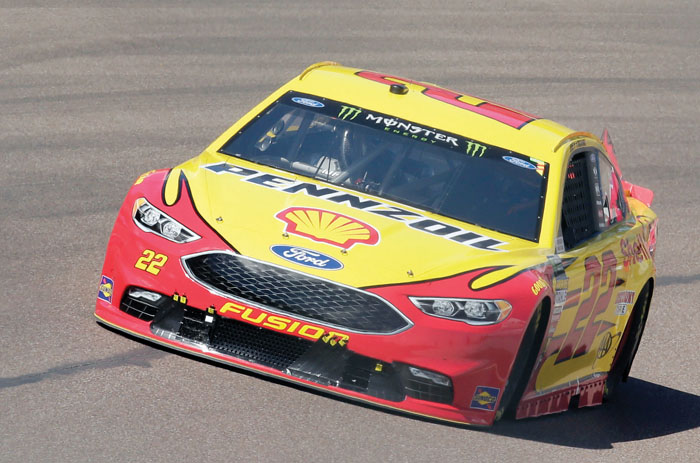 FONTANA, Calif. (AP) — Joey Logano cruised through the final laps of his first NASCAR Xfinity Series victory of the season with more relief than excitement.

When you’re a Cup Series driver in the best car in the field, anything less than first place would be embarrassing.

“It was one of those races with one of those cars that was so good, you just hope you don’t screw up something and lose the race,” Logano said. “You’re supposed to win when you’ve got a car that fast.”

Logano pushed his Team Penske Ford to his third Xfinity win at Auto Club Speedway. The dominant performance also was the first Xfinity victory at Auto Club Speedway for the team backed by Roger Penske, who spearheaded the construction of this 21-year-old track east of Los Angeles.

A series of cautions led to a choppy race governed by tire quality and restarts, but Logano was in command of almost every big moment. Logano took the lead on the fifth lap and won the first two stages, and he never relinquished his lead until late, when he fell behind Elliott Sadler out of a restart.

But even when he got out of sequence with the field on pit stops and sank to 16th place, Logano cruised back to the front in just a few laps. He made his final jump in front again with a beautiful restart after the final caution with eight laps to go.

“Hats off to Joey,” Allgaier said. “Man, they had the dominant car today.”

Logano hadn’t been to Victory Lane since the Cup race in Richmond last spring. Fourth-place finisher Austin Dillon was the only other Cup regular in the field of a race that hasn’t been won by an Xfinity Series regular since 2002, and Logano made sure that streak continued.

Here are more things to know about the Xfinity race at Fontana:

The race had a funny name, even by Xfinity Series standards: It was dubbed the Roseanne 300 in a sponsorship deal with the returning ABC sitcom, which first went off the air in 1997. “I feel like I’ve watched ‘Roseanne’ a long time ago on Nick at Nite,” said Logano, who was born in 1990. “I was thinking about what the trophy would look like, and I was hoping it would be a big picture of her face, you know? It was a lot calmer than that, unfortunately.” Michael Fishman, who plays the title character’s son, delivered the ceremonial “Drivers, start your engines!”