By Sandra Carlton Duncan and Beverly McCraw for the Salisbury Post

Spencer Public Library hosted a celebration on March 8 in observance of International Women’s Day, featuring four local panelists who have not only survived, but thrived, as women in the business world. These respected business women led a time of sharing in which they took turns encouraging an enthusiastic group of women with their stories of persistence and overcoming. 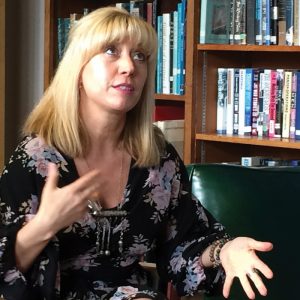 Maia Smith led the discussion with an account of her journey to the woman of faith which she has become. She began her story with the struggle of starting over, which was made more difficult by the fact that she was newly transplanted from the Republic of Georgia. She related how she overcame the challenges presented by business, relationships and personal growth issues, and her journey from becoming the owner of a successful high-fashion shop in downtown Salisbury, to becoming a published author, to her current endeavor of becoming a certified holistic life coach and yoga instructor.
She spoke about the epiphany of ideas, and the paradigm shifts which led her to her current passion and “work” — that of helping people to find a healthy and peaceful way of living. Part of this revelation came through memories of her grandmother, who lives vibrantly into her 90s, without enduring the many issues of aging. Maia attributed much of that to superior diet choices, plus the tendency to stay active and positive. She also spoke of minimizing her own busy life — trimming down social media connections, business entanglements, etc. — so as to lighten her load and lift her spirits.
This decision has enabled her to be more focused and intentional in her passion — to bring people to satisfaction with themselves, in place of the social norms which rely on outward presentation only, and which, as she has observed, tend to leave people empty on the inside. 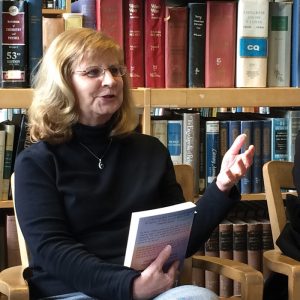 The next speaker, Sandra Ardoin, shared her journey to becoming a published author. She described how much she loved creating stories which were based on fascinating historic discoveries. Her two best-known works, “The Yuletide Angel” and “Reluctant Melody,” are great examples of her persistence and determination, in pressing through the challenges of getting successfully published. Her journey has been a long and complicated one, but her persistence has finally been rewarded. 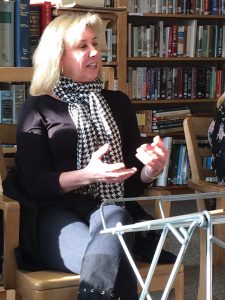 Debbie Barnhardt told the story of her journey to becoming the owner and resident jeweler/artisan of Barnhardt Jewelers of Spencer. She shared how she was thrown into the adult world of self-supporting independence through a harrowing “series of unfortunate events” as a mere teen.
Despite the challenges of that situation, she managed to make a life for herself, emerging victorious against the odds, as she proved herself to be a respected jeweler in what was at that time a male-dominated industry.
However, just as things were looking up in the business realm, she suffered another devastating set-back — her husband was stricken seriously ill. After some deliberation, she regrouped, delegated her business to her well-trained staff and took time off to be with her husband. She cared for him full-time until his untimely demise‚ thus demonstrating her belief that people are the most important element of our lives.
She also related the process of working through her grief, and how a breakthrough finally came on a trip abroad with her son. That revelation of joy motivated her to form a grief-share group in her local church. This decision eventually enabled her to share her passion and desire to help others — a theme which resonated through the entire seminar. 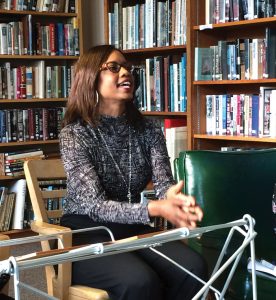 Finally, an enthusiastic Dileika Wilson, co-owner of Timeless Wigs, engaged the 14 ladies present with an intriguing story of her quest for personal independence, an independence which she accomplished while deliberately avoiding the traditional routes taken by her family. This path, which led her to the fast-paced world of corporate business in Washington, D.C., was suddenly interrupted by major health issues. While overcoming those, she was presented with an opportunity to co-own a business in her hometown of Salisbury. Though reluctant, she felt a strong urging to look into it and the rest, as they say, is history. She also found, in accepting this opportunity, a synergy between being an independent entrepreneur and her desire to “offer a safe space” for those customers seeking hair services. Hers is a story of struggle, set-backs, disappointments and victory, as were all of the stories shared at the seminar.

Spencer Public Library and librarian Beverly McCraw would like to thank everyone who participated in this celebration of faith, purpose and passion for life on International Women’s Day.
Follow us on Facebook to stay informed of more events being planned. Also, visit the Spencer library to enjoy the most recent donations by our speakers, authors of the books which were mentioned in this article.