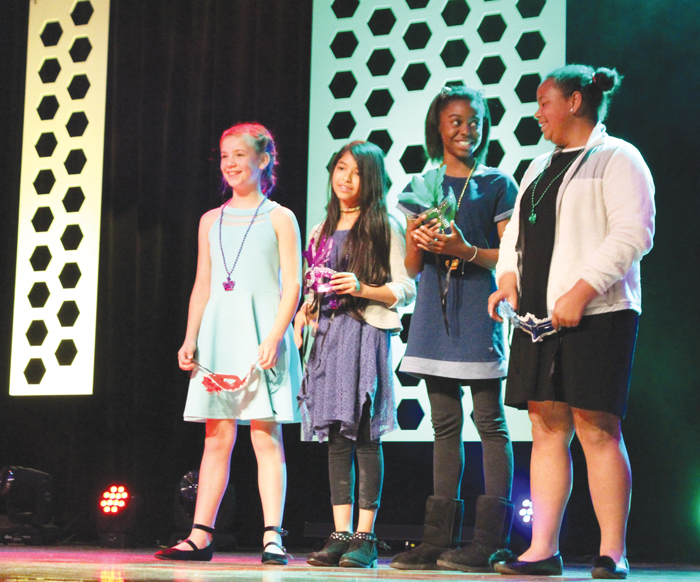 Overton Film Festival Award Winners for "the Babysitters Club: The truth about Stacey." The group won based on opening and closing credits, telling the story well and staying in character.

Held Feb. 28 at West Rowan High School auditorium students showcased their work. This was part of a multimedia project in collaboration with the fifth grade team and Overton’s school librarian. Students were to read a book and turn into a movie.

While there was a scoring rubric for academic purposes, the film festival was designed to highlight creative design. Awards were granted for Best Movie Trailer, Best Costume Design, Best Movie Poster, Teacher Choice Award, Student Choice Award and Overton Film Festival Award. Each category was judged by various groups from kindergarten through fifth grade students to peers to the staff at the school.

The Overton Film Festival Award was judged by a panel of five community members involved in the arts. This award was to highlight the best all-around film with their ability to act, tell a story and design credits. The winners for each category were: