Editorial: A determined generation walks out 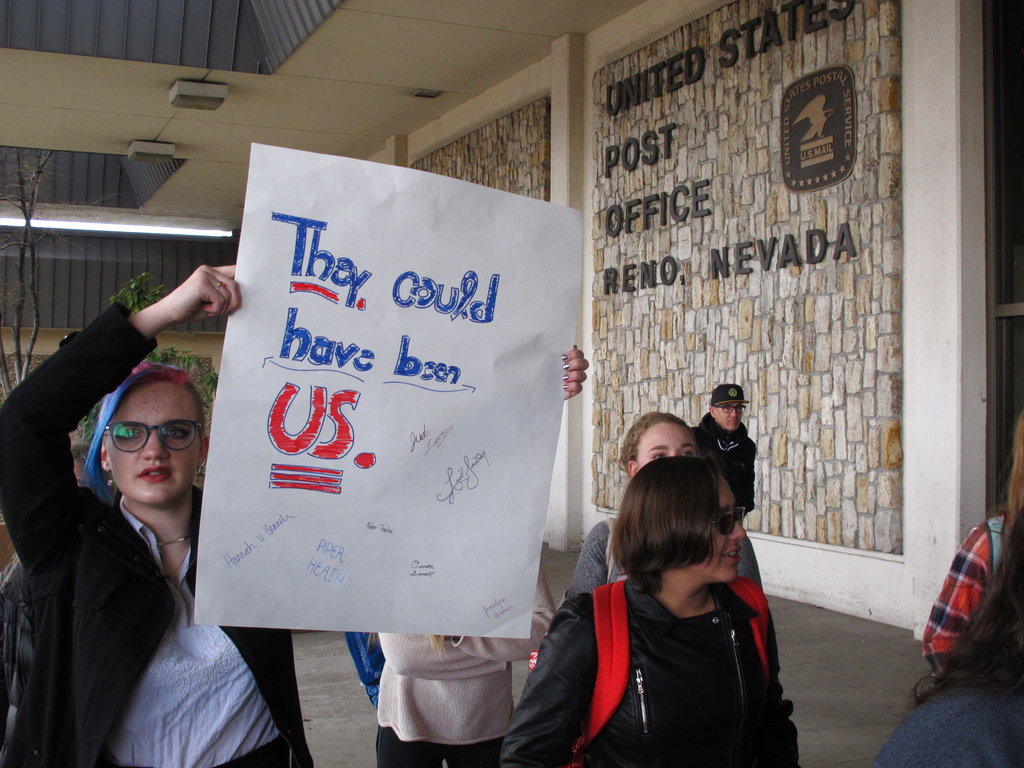 Wooster High School freshman Lily Crano holds a sign outside a U.S. Post Office in Reno, Nevada on Wednesday, March 14, 2018. She was among hundreds of students at the school who chanted ''We want peace,'' as they marched several blocks to deliver letters they wrote to their members of Congress demanding action to combat gun violence. (AP Photo/Scott Sonner)

High school students know they need more than “thoughts and prayers” to stop potential school shooters. They demonstrated that Wednesday with a national walkout calling for stricter gun laws — an act of activism that adults are finding hard to contain.

Protecting students is of paramount concern to administrators. Rowan-Salisbury school officials said a fear of students being targeted by outsiders made them urge forms of expression other than walking out of class and going outside.

The system didn’t experience mass defiance. Overall, Rowan County is a conservative, gun-friendly community. But several dozen students did walk out, and many more may have agreed with the demonstration in spirit but wanted to avoid in-school suspension — the consequence for leaving class. You don’t have to be anti-gun to believe the country needs tighter background checks and limits on assault-style semiautomatic firearms.

The anxiety of Walkout Day may be over, but school and college officials should brace themselves for a new wave of student activism, and not just about gun laws. Young people who have grown up in the shadow of constant war, terrorism and the Great Recession are primed to demand change.

Generation Z, as some call it — the cohort born after 2000 — is the most tech- and internet-savvy generation yet. In that sense, they are people of the world. A 2014 study, “Generation Z Goes to College,” found that these students see themselves as being loyal, compassionate, thoughtful, open-minded, responsible and determined.

Read that again: Responsible and determined.

That certainly seems true of the Parkland, Fla., high school students who survived a mass shooting on Feb. 14. They  lost 17 friends and teachers to a disturbed young man wielding an assault-type rifle. The students have resolved to do more than mourn their friends; they are committed  to preventing further tragedies and believe tighter gun laws would help.

Hence the 17-minute walkout on the one-month anniversary of the massacre.

Even administrators who forbid the walkout may be secretly proud of students who took a stand. These young people are aware and they care about the future. Passivity is not their style. School officials may want to steer clear of politics, but they should encourage students to be politically active. Many of our old ways are broken. A new day is dawning, and it belongs to coming generations.